The city's transit commission has given the green light to OC Transpo to purchase two Quebec-based Nova buses.
0
Jun 19, 2019 5:00 PM By: Jeff Slack 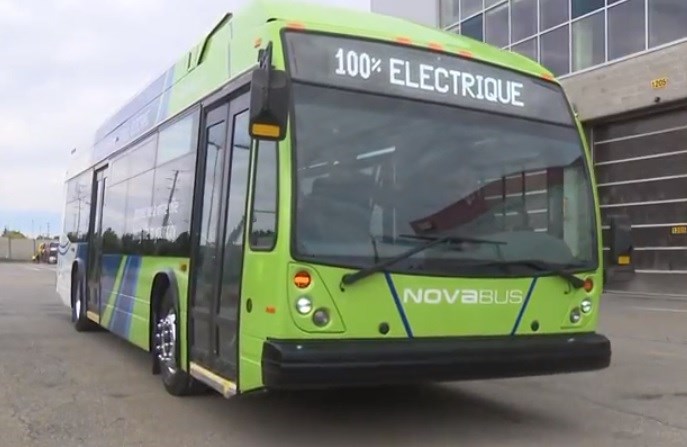 The City of Ottawa could soon be spending $6-million to put two electric buses on local roads.

At Wednesday's transit commission meeting, General Manager of Transportation Services John Manconi was adamant about foregoing the pilot project and to recommended the committee incorporate the vehicles into the fleet.

"If we got into a long protractive -- setting up a committee, setting up a monitoring program, setting up a tendering process -- everyone else is doing that. We don't need more of that," Manconi told reporters.

If approved by city council, the buses would be slated to start running in 2020, on short routes such as 5, 9 and 10.

"We can't put these out on the long haul routes because they won't last," Manconi said. "It gives us enough to understand the infrastructure connection, I can work with Hydro Ottawa, they are interested in this space, so it gives us enough to do that."

Transit Commission Chair Allen Hubley agrees with the decision to only add a couple buses to the fleet because it avoids a similar situation to what happened to the city when it bought a bunch of Hybrid busses.

"Everybody jumped on that, 'Oh, we will save the world.' No we didn't. We cost the taxpayers a lot of money and it was a bus that didn't perform well in Ottawa conditions."

The money used to purchase the buses will come from the Capital Works-In-Progress fund.