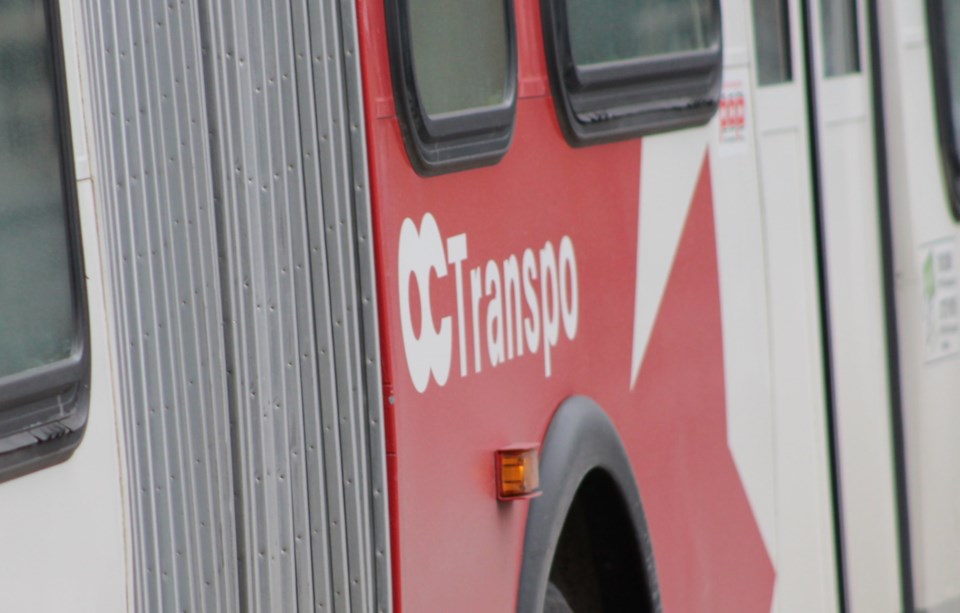 OC Transpo says it's re-evaluating its vehicle cleaning practices in an effort to limit the spread of the COVID-19 virus, while a third of Canadians polled say they're leery about hopping onto a bus or train.

The change in procedures comes after Ottawa Public Health confirmed two positive cases of the virus over the past week.

According to Jim Greer, director of transit operations, OC Transpo already has a documented process for daily cleaning of transit vehicles.

The public transit system, he says, already follows a cleaning schedule each day that involves several cleaning operations, including wiping down interior surfaces with all-surface cleaner. However, he says, those procedures are subject to change.

Greer says multiple operators often use the same bus during a single day, so in order to provide a safe and clean work environment for employees, cleaning products like antibacterial wipes are made available to operators when they're requested. Any concerns about cleanliness are also actioned quickly by the maintenance staff.

OC Transpo will continue to work with Ottawa Public Health and other municipal transit agencies in Canada and the U.S. to actively monitor changes. Any new information, Greer says, will be communicated to employees and customers.

Concerns over the spread of the COVID-19 virus has Canadians across the country thinking twice about taking public transit, according to a recent survey by polling firm Northstar Research Partners.

It showed 30 per cent of Canadians say they are using public transportation less amidst the pandemic, while 40 per cent say they feel that riding public transit (like subways, buses and light rail) poses a high health risk.

"People’s movement away from public transit is likely to have long-term consequences," says Jennifer Yellin, senior vice-president of Northstar’s Transportation Practice, said in a statement. "The implications include lost revenue for public transit authorities, which is ultimately used to upgrade and maintain systems."

There is also potential for increased traffic congestion on roads which could result in increased pollution and have longer range environmental impacts, Yellin adds.

"The ultimate question is whether these riders will return to public transit or stick with their cars long-term," she said.

The poll was conducted online from March 6 to March 8, 2020 and included 1,000 national representative respondents over the age of 18.