The non-profit is calling for a joint federal, Québec and Ontario body, that would respond to environmental emergencies on the Ottawa River and its tributaries.
Jul 9, 2020 11:09 AM By: Chris Kurys 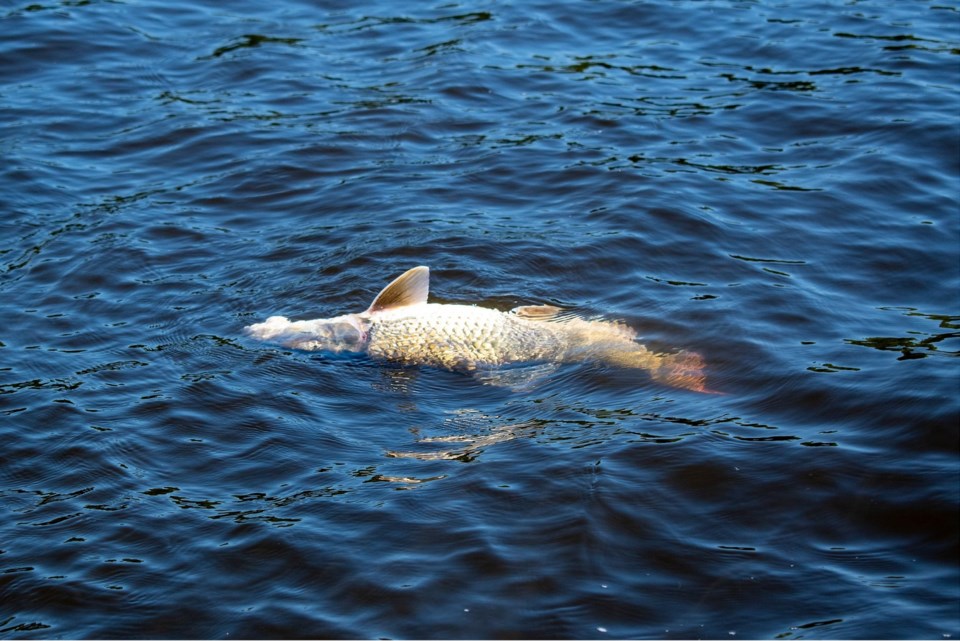 One year after four separate fish die-off events in capital region waters, the Ottawa Riverkeeper says it's still left with many questions.

In July 2019, four separate incidents of varying size saw over 2,000 fish turn up dead in sections of the Ottawa River and Du Lièvre River, near Masson-Angers.

The Quebec Environment Ministry publicly stated in mid-August that a hydroelectric plant was to blame, specifically the 'super-saturation of dissolved gas,' caused by a historically bad season of flooding.

But the Riverkeeper wonders if the situation could have been handled in a more effective manner.

While the first incident was jointly investigated by Environment and Climate Change Canada (ECCC), alongside representatives from Ontario and Quebec, the following incidents took place in Quebec waters, and the non-profit organization says that's when Ontario stopped collecting data, even though dead fish were washing up on the banks of the Ottawa River, on the Ontario side.

"We strongly recommend a joint federal, Québec and Ontario body, that would respond to environmental emergencies on the Ottawa River and its tributaries. This would include data-sharing agreements, sharing expertise in analysis and interpretation of results, rapid response, and robust communications both internally among authorities but also with the impacted communities," says the Riverkeeper.

The group says this inter-governmental body would be responsible for watershed wide crises and would fill a gap in communications exposed last year.

Feds urged to act as data suggests COVID-19 making it hard for veterans to get help
Oct 25, 2020 3:12 PM
Comments
We welcome your feedback and encourage you to share your thoughts. We ask that you be respectful of others and their points of view, refrain from personal attacks and stay on topic. To learn about our commenting policies and how we moderate, please read our Community Guidelines.