According to provincial data, Ottawa saw 36 new cases of the virus and two additional deaths.
Nov 21, 2020 10:45 AM By: OttawaMatters Staff 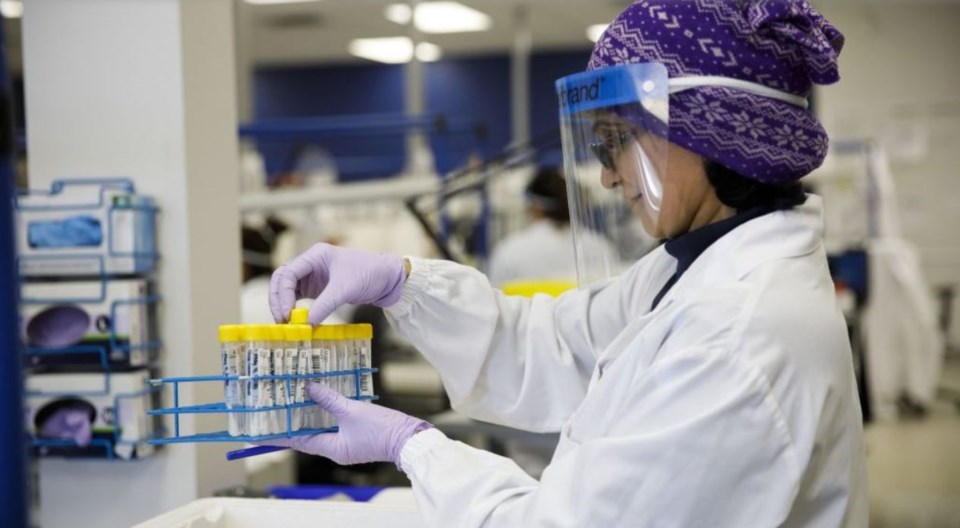 A worker wearing a protective shield checks COVID-19 samples prior to analysis at a LifeLabs testing facility in Toronto on May 5, 2020. (Cole Burston/Bloomberg via Getty Images)

Ontario reported 1,588 new cases of COVID-19 on Saturday, a new single-day record for infections. This breaks the previous record mark of 1,581 which was set a week ago.

There were also another 21 deaths reported, 13 of those were long term care residents.

Some further encouraging COVID-19 news today as we had relatively low case numbers but a high number of tests processed. Sadly though, two residents passed away.

Provincial officials completed 46,671 tests in the last 24 hour period, with the positivity rate sitting at 3.4 per cent. It’s the third consecutive day the province processed more than 40,000 tests. More than 43,000 tests remain outstanding.

Hospitalizations fell slightly to 513 while the number of patients in the ICU climbed to 146. Of those, 87 are on a ventilator.

GoFundMe launched for cats once taken care of by Ottawa murder victim
Nov 25, 2020 12:29 PM
Comments
We welcome your feedback and encourage you to share your thoughts. We ask that you be respectful of others and their points of view, refrain from personal attacks and stay on topic. To learn about our commenting policies and how we moderate, please read our Community Guidelines.