Lisa MacLeod says the industry has seen a significant hit as a result of the pandemic.
Apr 18, 2020 5:28 PM By: Alex Goudge 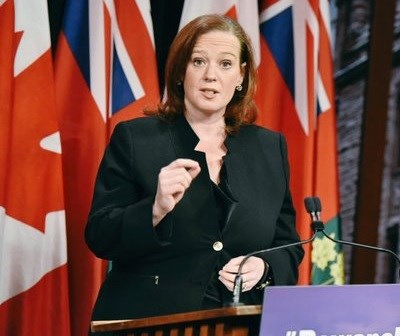 Ontario has seen a significant drop in revenue in the tourism sector due to COVID-19.

Tourism Minister and Nepean MPP Lisa MacLeod says the $75-billion a year sector has already lost nearly $17.5-billion and believes it could get worse.

"The longer this goes on, the tougher it is going to be on the third largest economy in the City of Ottawa," MacLeod explains.

Canada Day celebrations on Parliament Hill have already gone virtual, and many events have already been cancelled throughout the summer.

MacLeod also previously announced that the province's tourism development fund has been expanded to include tourism recovery as well.

Meanwhile, MacLeod says she has a ten-point plan to assist culture, sport and heritage. She also announced $100-million in spending for heritage and culture last week.

CFL decides to postpone its 2020 global draft due to COVID-19 pandemic
Mar 24, 2020 10:58 AM
Comments
We welcome your feedback and encourage you to share your thoughts. We ask that you be respectful of others and their points of view, refrain from personal attacks and stay on topic. To learn about our commenting policies and how we moderate, please read our Community Guidelines.