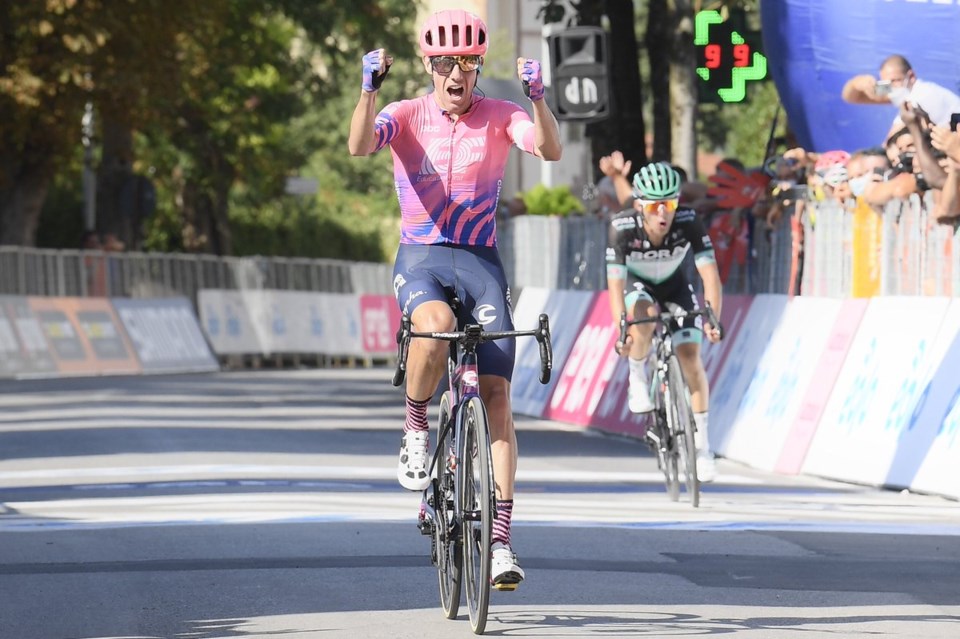 Ottawa's Michael Woods is the Stage 3 winner at the 2020 Tirreno-Adriatico, becoming the first ever Canadian to claim a stage of 'The Race of the two Seas.'

The eight-stage cycling race between the Adriatic Sea and the Tyrrhenian Sea in Italy was supposed to run back in March, but was delayed due to COVID-19.

Woods, who competed in the 2019 Tour de France, came first in the 217 km stage between Follonica and Saturina, on Wednesday, September 9.

🚴‍♂️ to the history books 🙌

Michael Woods became the first 🇨🇦 to win a stage of @TirrenAdriatico in Italy today! 🔥

He won stage 3️⃣ of the eight-stage race 💪 pic.twitter.com/ZEbySfSe4E

The Tirreno-Adriatico is one of the UCI World Tour races, which was scheduled to include 36 road cycling events throughout the 2020 cycling season. Many of the races, however, had to be cancelled due to COVID-19.

Woods sits in first place in the general classification for the race through its third stage, he is third in points and fifth in the mountains classification.

Ottawa cyclist eyeing 2020 Olympics after Tour de France finish
Jul 31, 2019 4:06 PM
Comments
We welcome your feedback and encourage you to share your thoughts. We ask that you be respectful of others and their points of view, refrain from personal attacks and stay on topic. To learn about our commenting policies and how we moderate, please read our Community Guidelines.