"We want to help prevent death by rail from happening in our city," said Leslie Scott, the Ottawa Distress Centre's manager of media, communications and marketing.
0
Oct 9, 2019 4:38 PM By: Chris Kurys 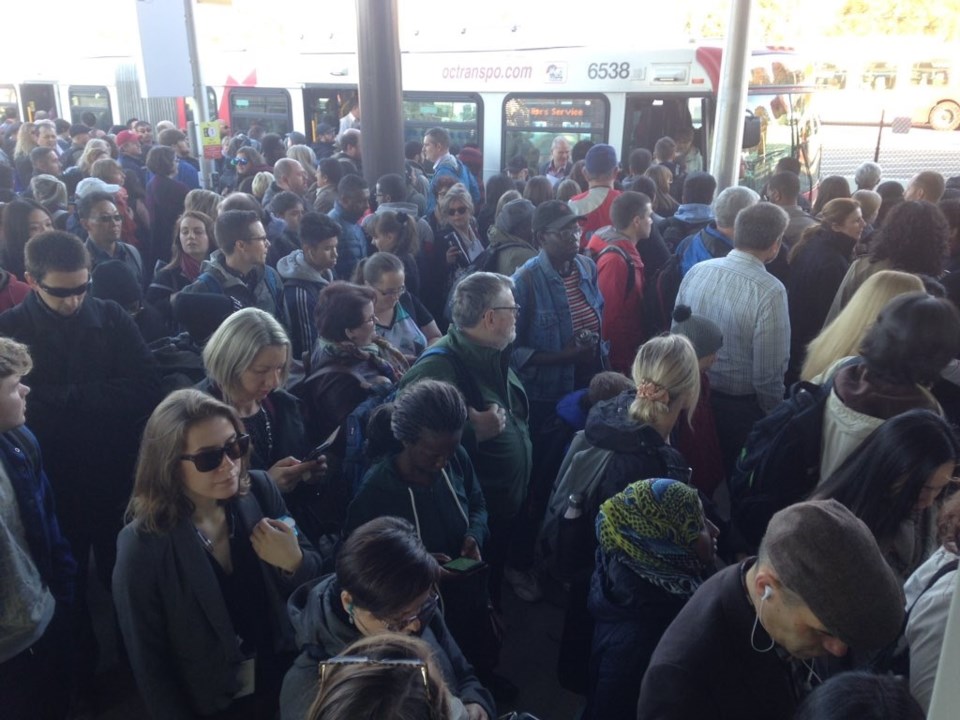 The Ottawa Distress Centre is encouraging local public transit users, who are feeling anxious, angry or frustrated with recent LRT delays, to contact the centre and chat with one of their trained volunteers.

Manager of Media, Marketing and Communications at the Ottawa Distress Centre Leslie Scott said Wednesday, that recent crowds at Tunney's Pasture Station have pushed some commuters to a breaking point. The distress centre has fielded calls for support with anxiety attacks and feelings of claustrophobia along the Confederation Line.

Scott explained, the phone number is visible at every station, and each platform has a payphone with a direct line in English and French.

"This whole thing started because death by rail is such a huge unspoken death by suicide in different cities, that we wanted to prevent that tragedy from happenig in ours."

She added, up until time of this publication, they had received less than 10 calls from Ottawa commuters, but each one is important.

It's also important, Scott said, to beware of your surroundings, and recognize if there is someone near you that may be feeling anxious -- they could be acting frantic, breathing erratically or hyperventilating.

Prison watchdog decries 'Indigenization' of Canada's correctional system
Jan 21, 2020 4:13 PM
Comments
We welcome your feedback and encourage you to share your thoughts on this story. We ask that you be respectful of others and their points of view, refrain from personal attacks and stay on topic. To learn about our commenting policies and how we moderate, please read our Community Guidelines.