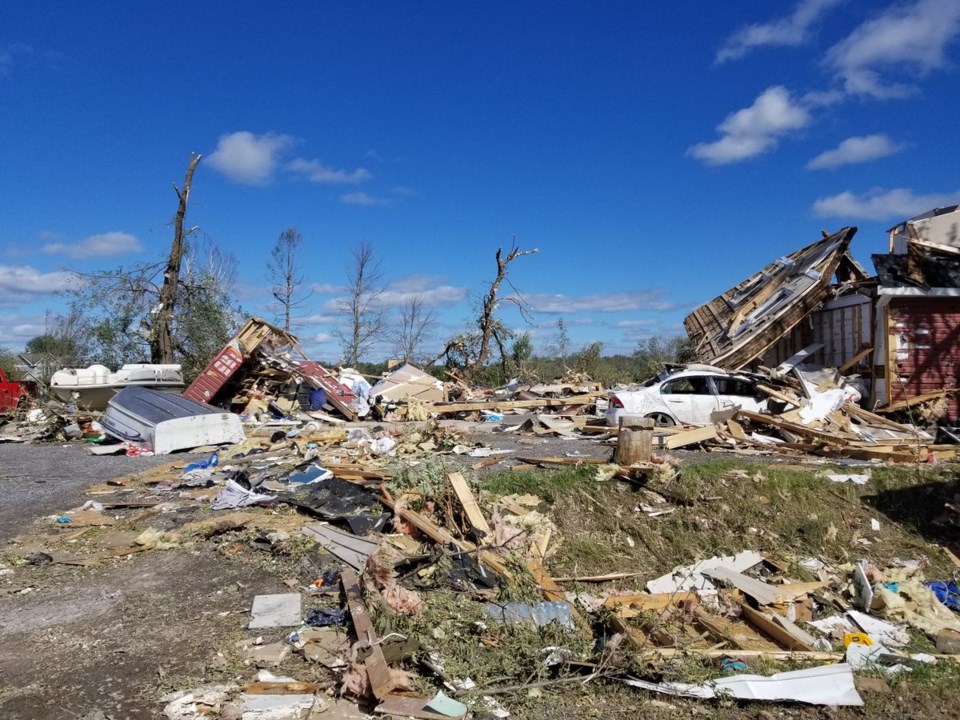 Damage done to homes, businesses and vehicles in the capital region, when multiple tornadoes touched down, is in the hundreds of millions of dollars.

The Insurance Bureau of Canada put the figure at $295-million, Monday; Ottawa reached over $192-million in damages, while it was more than $102-million in Gatineau.

Environment Canada confirmed that six tornadoes touched down in the massive storm which rolled through the Ottawa and Gatineau areas on September 21. Three major twisters destroyed neighbourhoods in west Ottawa and the city of Gatineau, proper.

The IBC is supporting the Ottawa Symphony Orchestra's upcoming 3D StringTheory Experience in Jean Pigott Hall at Ottawa City Hall on November 4, to honour the hundreds of first responders who stepped up in the wake of the September 21 storm.