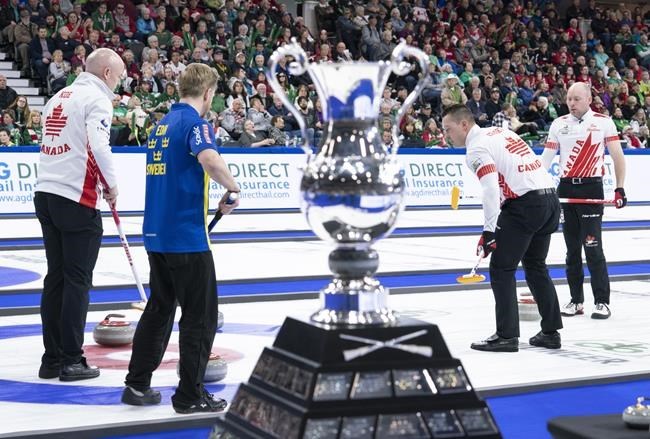 The 2021 men's world curling championship will be held in Ottawa.

Ottawa will host the event for the first time.

The 2020 men's championship in Glasgow, Scotland, was cancelled because of the COVID-19 pandemic as was the women's tournament in Prince George, B.C.

The last men's championship in Canada was the 2019 tournament in Lethbridge, Alta.