Among qualities the team is looking for in its next coach, the Sens say they want "a tactician who brings structure and game planning that will enhance its rebuild."
Mar 1, 2019 10:26 AM By: Mike Vlasveld 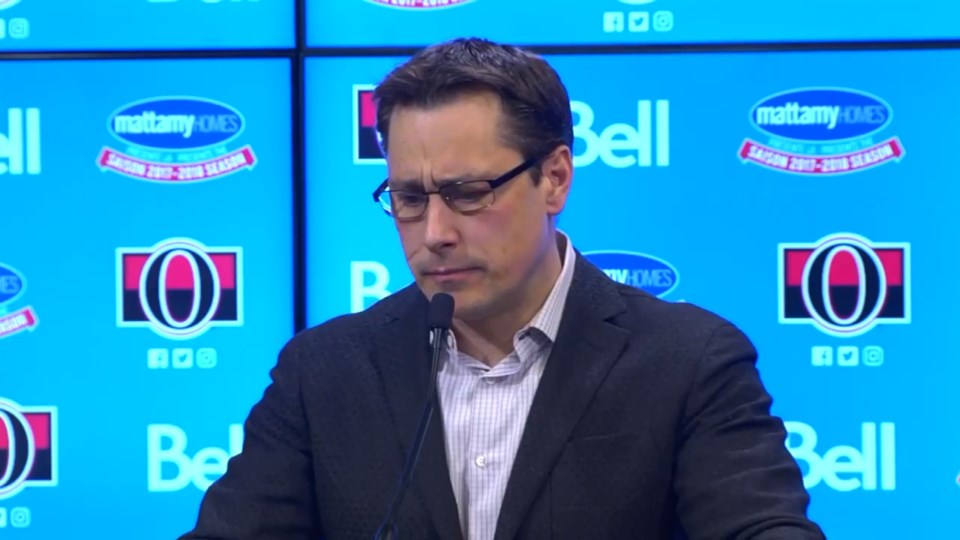 Guy Boucher is out as head coach of the Ottawa Senators.

Sens General Manager Pierre Dorion announced Friday that Boucher has been relieved of his duties and Marc Crawford will take over as interim head coach, effective immediately.

"I want to thank Guy for his three years of service," said Dorion. "He is a good person and has been an excellent representative of the Senators. At this point, however, we need a different set of coaching and leadership skills to guide our team through this rebuild. In the interim, Marc will bring a different perspective along with a wealth of head coaching experience."

The hockey club explained that it will be evaluating its coaching staff over the remainder of this season and it plans to search for a new head coach at season's end.

The organization also laid out what it will be looking for in its next head coach:

Crawford, 58, is a Stanley Cup winning coach, and is in his third season as a member of the Senators coaching staff. With 18 seasons of National Hockey League coaching experience, he has served as an NHL head coach for 1,151 games.