“It is important in order to feature to the Canadian public the most cutting-edge works of international renowned Spanish artists in fields such as visual arts, film, performing arts, literature and music.,” said Ramón Ansoain, Counsellor in charge of Cultural Affairs at the Spanish Embassy in Canada.
0
Oct 8, 2019 11:01 AM By: Jordan Parker 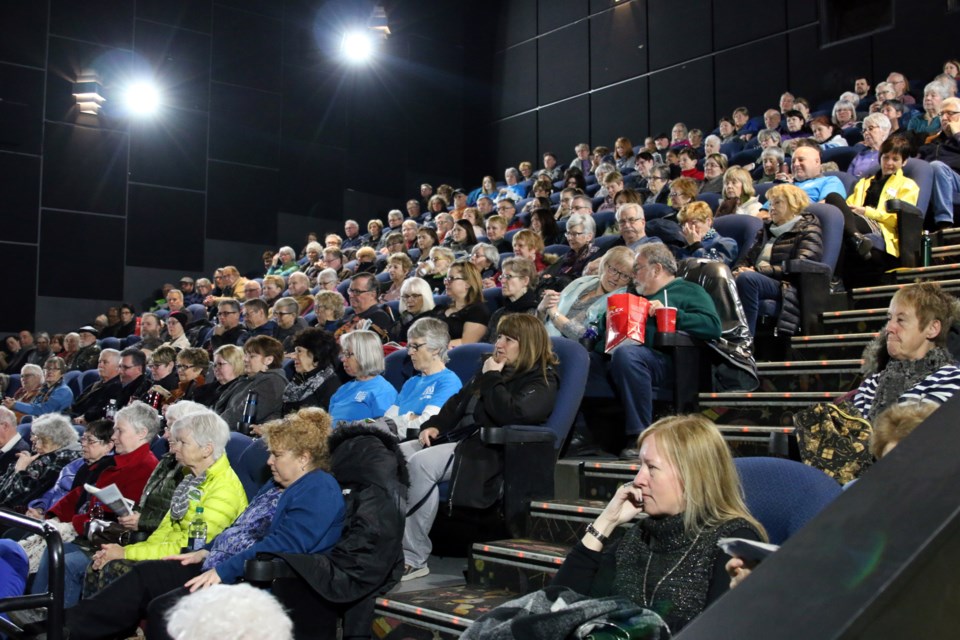 It was a full house on Sunday for the screening of Bombshell: The Hedy Lamarr Story, just one of more than 25 films at the North of Superior Film Association 2018 Film Fest.

The Ottawa Spanish Film Festival is a cultural event to mark the best, highest-grossing and most controversial Spanish-language cinema to hit the lexicon in the last two years.

The fest, a partnership between the Embassy of Spain and ByTowne Cinema, has been running since 2012, and there are no plans to slow down.

“It is important in order to feature to the Canadian public the most cutting-edge works of international renowned Spanish artists in fields such as visual arts, film, performing arts, literature and music.,” said Ramón Ansoain, Counsellor in charge of Cultural Affairs at the Spanish Embassy in Canada.

The embassy plans a role in promoting awareness of Spanish arts and culture in Canada, as well as giving Spanish artists a platform with their support from the Spanish Agency for International Development Cooperation (AECID), the Spanish Institute of Cinematography and Audiovisual Arts (ICAA), under the umbrella of SPAIN arts & culture.

“We want the Canadian public can enjoy the representative of Spanish filmmaking identity, with thoughtful, funny and provocative movies, all of them premiere in the cities where they’re screened,” he said.

“For The Spanish Embassy in Ottawa, film is as important as any other cultural or artistic field such as visual arts, performing arts, literature or music, thus The Embassy of Spain promotes Spanish firm as part of the Spanish art and culture.”

They have some high-profile, interesting content this year, a testament to how far they’ve come.

El reino (The Realm) was a 2018 Toronto International Film Festival sensation. It’s a thriller about political corruption, and was one of the rising stars of the 2019 Spanish Film Academy Goya Awards.

Other titles include box-office giant Campeones (Champions), which also won the Goya for Best Film. La Banda (Love Beats) and Viaje al cuarto de una madre (Journey to a Mother’s Room) are also among the screenings.

There’s plenty of diversity of genres and choice at the festival this year.

“¿Qué te juegas? (Get her… If you can) and Yo, mi mujer y mi mujer muerta (Me, myself and my dead wife) will both bring your inner laugh that emerges from the games of life,” he said.

With 800 people coming in last year for festival screenings, Ansoain says the festival has evolved a great deal since its humble beginnings.

“This Festival in Ottawa started as a part of a much bigger North American Spanish Film Festival that first saw the light of day in 2008 as a travelling festival. During its first year. it only travelled through the U.S. and Canada,” he said.

“Ottawa was featured for the first time in 2009. Between 2009 and 2011 the festival was hosted at the Library and Archives Canada in Ottawa and in 2012 it found its permanent home at the ByTowne Cinema. During these past few years the festival has also travelled to other Canadian cities like Calgary, Edmonton, Vancouver and Toronto.”

He said people get the best of Spanish cinema from the festival each year.

“The Spanish Film Festival is bringing a representative selection of 2018 and 2019 films that offers to the Canadian public a taste of all the creativity, history, and talent of Spanish cinema,” he said.

The festival will go from October 9 to October 30, at ByTowne Cinema in Ottawa. Tickets are available at the box-office. To learn more you can visit the their site.

About the Author: Jordan Parker

Jordan Parker is a freelance journalist and runs entertainment firm Parker PR. He's been a movie nerd since he was old enough to walk.
Read more