Light Rail in Kitchener was launched almost a week ago and it has already run into many problems, some of which could have been Ottawa's problem too.
Jun 27, 2019 5:10 PM By: Jeff Slack 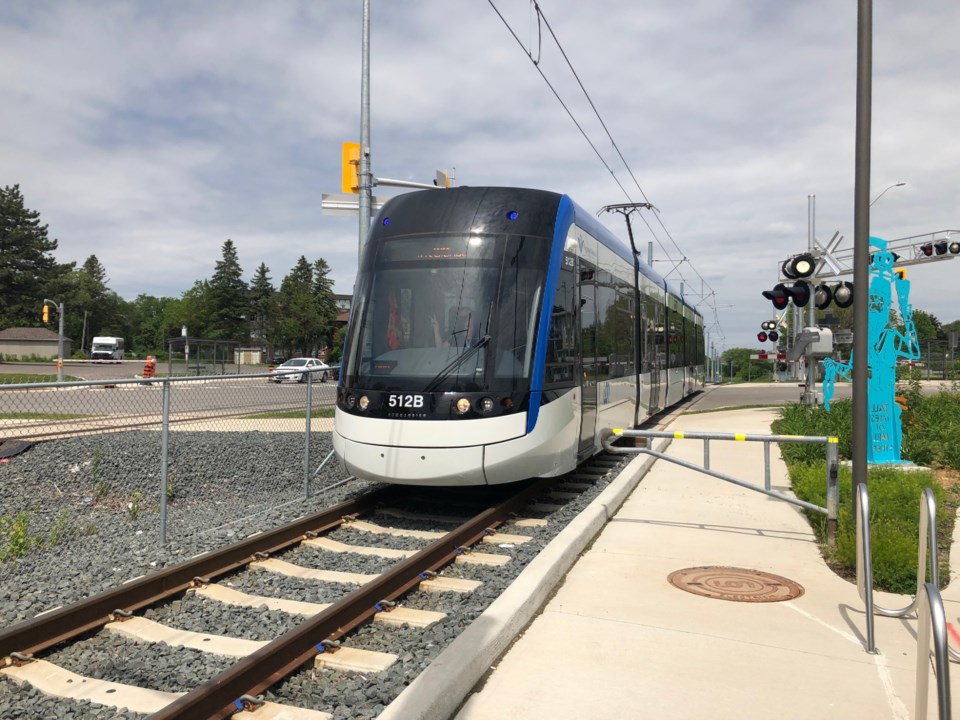 Residents living in Kitchener were excited when their light rail system launched with just minutes to spare before summer officially kicked off, but it hasn't been without its own issues.

To get there, it also encountered much of the problems the City of Ottawa is currently experiencing; Four missed deadlines, $50-million over budget, and there were technical problems with the trains themselves.

On top of this, there has been an issue with drivers adopting to the idea of sharing the road with a train.

"The system launched officially late Friday morning, but it had been testing at essentially service levels for several months leading up to it and there had been four collisions over about two months of train testing," said Mike Farwell ,Talk Show Host, 570 NEWS Kitchener. "Already this weekend we had number five."

Ottawa Mayor Jim Watson nearly chose to take the same route, but didn't like the idea of having a LRT system on city streets.

"Ours is completely segregated from cars, trucks and bicycles so there will never be that kind of contact," The Mayor told 1310 NEWS' The Rick Gibbons Show. "That was a decision we made many years ago that we didn't want to have the trains intermingling with cars. That's exactly the problem we are having right now. Unreliability or the time challenges on OC Transpo are based a lot on the fact that the buses get stuck in traffic."

Even though the Confederation Line is over a year late, and the city could lose up to $34-million due to delays, Watson is confident our system won't be as problematic as ION has been for Kitchener.

Rideau Transit group is looking to handover the system to the City of Ottawa by mid-August.

Ottawa LRT delays cost city almost $33 million: treasurer memo
Jun 20, 2019 5:38 PM
Comments
We welcome your feedback and encourage you to share your thoughts. We ask that you be respectful of others and their points of view, refrain from personal attacks and stay on topic. To learn about our commenting policies and how we moderate, please read our Community Guidelines.