In a one-on-one radio interview, Sloly said he believes that re-implementing community policing will help the police tackle gun violence.
0
Aug 27, 2019 11:20 AM By: Jason White 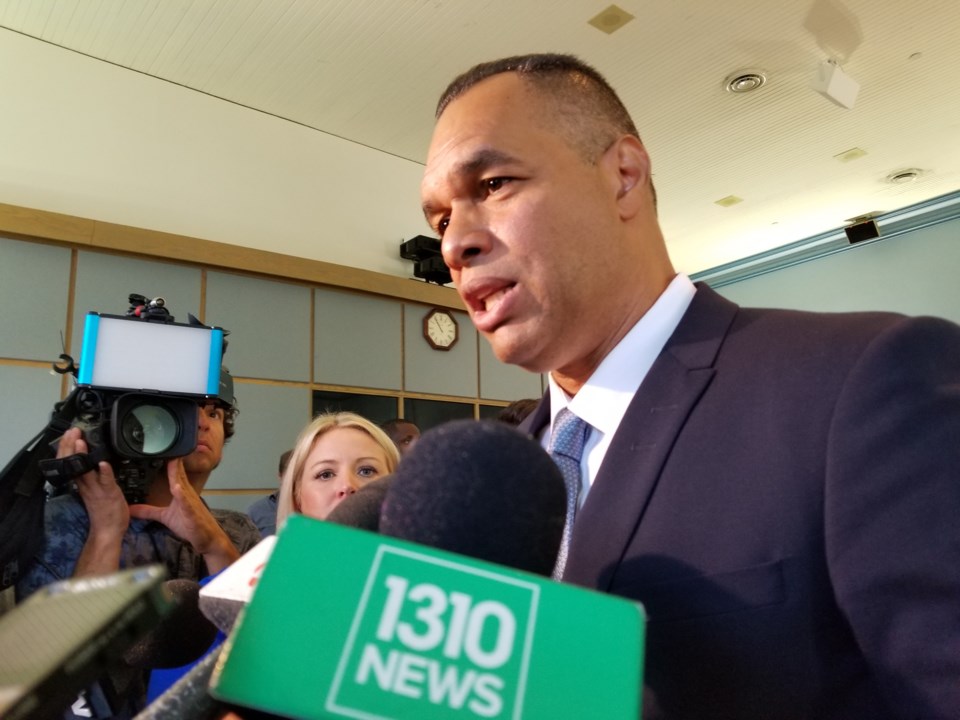 The capital's incoming top cop is laying out his to-do list, ahead of taking over his new office at police headquarters in a few weeks.

In a one-on-one radio interview, Sloly said that tackling gun violence will be a major priority. He thinks that the solution will require partners in the community, but also believes that re-implementing community policing will help the police apprehend the people behind the gun violence.

Sloly also said that he's committed to communicating with residents in both official languages. While he's not bilingual, Sloly said that he's not starting from scratch when it comes to French.

"In my early days, playing with the men's national soccer team, I travelled quite a bit to Francophone countries in North Africa and was actually almost fluent at that point," said Sloly. "Unfortunately, once I settled into a policing career in Toronto, no, I didn't have a chance to use it and so it's become very rusty."

Sloly said he is currently wrapping up his current job, as a conultant with Deloitte, but plans to be in his new office at police headquarters in October.