Residents have been tweeting about the look and smell of the waterway.
Jun 19, 2020 4:46 PM By: Mike Vlasveld 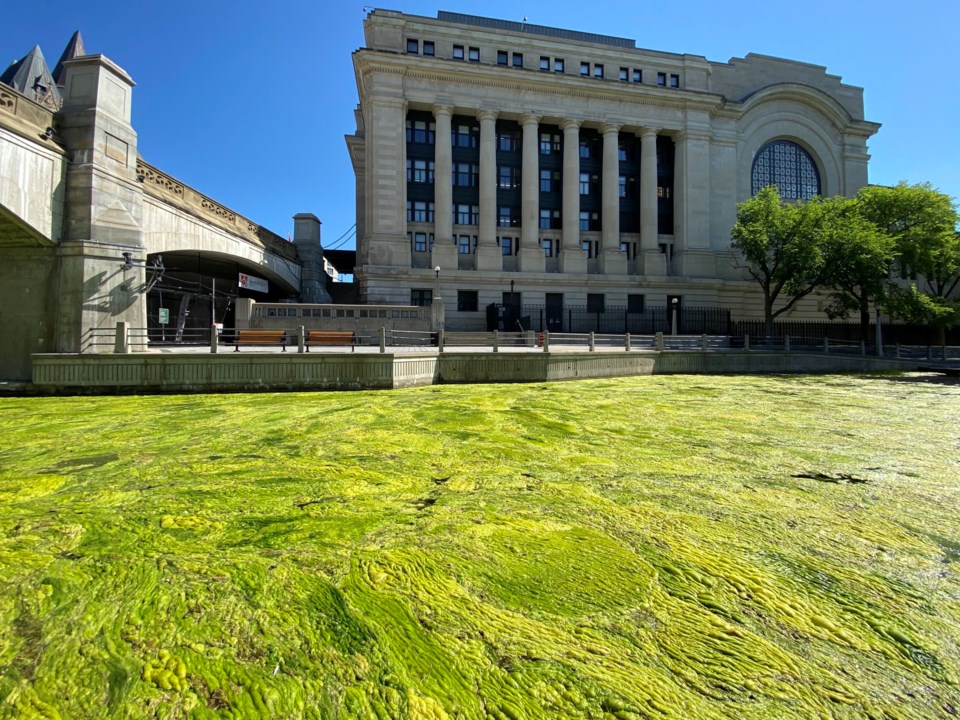 Ottawans will have to look at a green Rideau Canal for another couple of days, according to Parks Canada.

In response to a number of tweets from residents with pictures of the canal covered in algae and complaining about its smell, Parks Canada says on Friday that it has a plan.

Crews are expected to bring a weed harvester to a section of the waterway, between the Corkstown bridge and downtown, on Monday.

Weeds will be removed, plus, Parks Canada says it will also increase the flow of water through Ottawa "to facilitate clean up and impede further growth."

Free admission at National Gallery of Canada for reopening weekend
Jul 14, 2020 2:50 PM
Comments
We welcome your feedback and encourage you to share your thoughts. We ask that you be respectful of others and their points of view, refrain from personal attacks and stay on topic. To learn about our commenting policies and how we moderate, please read our Community Guidelines.