The band is set to release their new album, ‘Gigaton’ just a week after playing the Canadian Tire Centre.
Jan 13, 2020 4:43 PM By: Mike Vlasveld 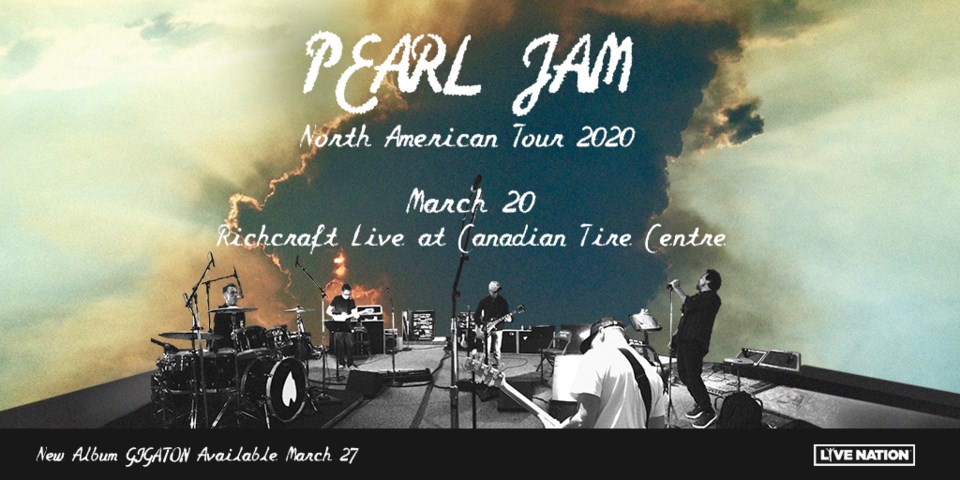 Pearl Jam fans in the capital have even more reason to be excited for 2020, as the band's touring schedule includes a stop in Ottawa.

The tour is in support of the band's upcoming record, 'Gigaton,' which is set to hit store shelves on March 27.

The Ottawa show goes at the Canadian Tire Centre on March 20.

Remember This? The Chaudière Bridges
Sep 28, 2020 10:27 AM
Comments
We welcome your feedback and encourage you to share your thoughts. We ask that you be respectful of others and their points of view, refrain from personal attacks and stay on topic. To learn about our commenting policies and how we moderate, please read our Community Guidelines.