Ottawa Police Officers seized a sawed-off shotgun at a disturbance call in Vanier.
Mar 11, 2018 7:19 AM By: Saif Kaisar 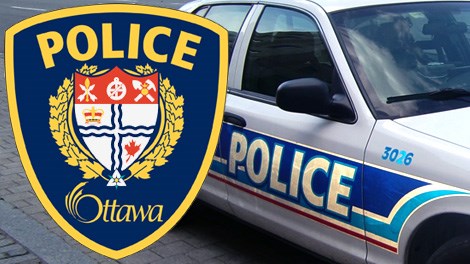 Ottawa Police seized a sawed-off shotgun from a man after responding to a disturbance call on a patio in Vanier on Friday night.

Police were called to the 300 block of Montreal Rd., where a man allegedly pointed a sawed-off shotgun at two people.

The man left the patio and discarded the shotgun.

Officers arrived on scene where they located and arrested the man, the gun was found nearby.

23-year-old Nicholas Lalonde is being charged with several firearm offences, including careless use of a firearm, two counts of point a firearm, obstructing police, and breach of probation.

He appeared in court Saturday morning. 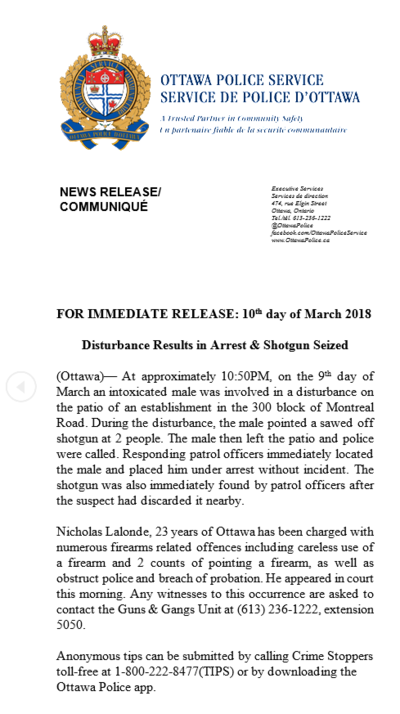