At the current pace, within three years one in every three federal inmates will be Indigenous, even though Indigenous people comprise only five per cent of the Canadian population, according to correctional investigator Ivan Zinger.
0
Jan 21, 2020 4:13 PM By: Canadian Press 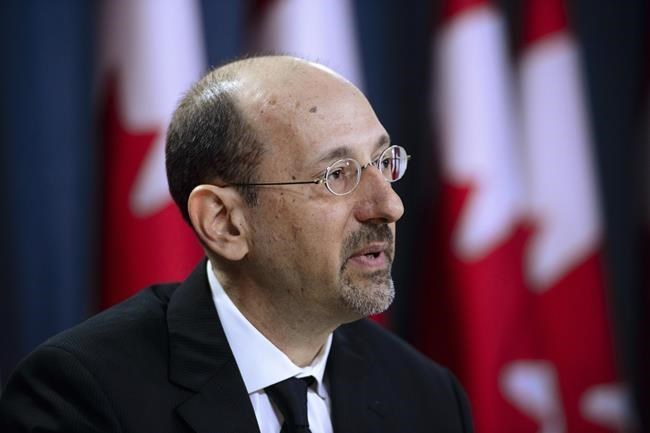 The proportion of Indigenous people in federal custody has hit a record high of more than 30 per cent due to disturbing and entrenched imbalances, Canada's prison ombudsman warned Tuesday.

The numbers are even more troubling for Indigenous women, who account for 42 per cent of the female prison population, correctional investigator Ivan Zinger said.

The system seems unresponsive to the needs, histories and social realities behind high rates of Indigenous offending, Zinger said in a statement calling for the Correctional Service of Canada to do more to resolve the spiralling problem.

At the current pace, within three years one in every three federal inmates will be Indigenous, even though Indigenous people comprise only five per cent of the Canadian population, Zinger said.

"The Indigenization of Canada's prison population is nothing short of a national travesty."

Public Safety Minister Bill Blair, the cabinet member responsible for federal corrections, said he was "very concerned"  about the numbers and stressed the Liberal government was "absolutely committed" to dealing with the underlying causes.

The federal prison service says decisions with respect to sentencing of offenders are beyond its control.

The service does, however, try to influence the time Indigenous inmates spend in custody by providing culturally responsive programs and other efforts aimed at rehabilitation and a successful return to society.

It says effective and culturally appropriate correctional and reintegration support for Indigenous offenders has been a priority for more than a decade.

The federal prison service needs to accept its share of responsibility, recognizing that tweaks around the edges of the system simply won't do, he said.

Indigenous inmates are disproportionately classified and placed in maximum-security institutions, overrepresented in incidents involving use of force and self-harm, and historically have been more likely to be placed in solitary-confinement units, he noted.

Compared to others in the system, Indigenous offenders serve a higher proportion of their sentences behind bars before they are granted parole, Zinger said. Finally, a recent study showed that Indigenous people reoffend, or are returned to custody, at much higher levels.

The ombudsman says the Correctional Service needs to make dramatic changes to stop the revolving door, better prepare Indigenous offenders to meet the earliest parole eligibility dates and more safely return them to their home communities.

"Reforms of this nature will require a significant and proportional realignment of CSC priorities and resources. The government of Canada needs to lead and direct these efforts," he said.

No government of any stripe has managed to reverse the trend of Indigenous overrepresentation in Canadian jails and prisons despite many inquiries, judicial interventions, and political promises and commitments, Zinger said.

The correctional investigator, federal commissions and parliamentary committees have called on the government to take steps including:

"We strongly agree with the correctional investigator that bold and urgent action is required to address this persistent and pressing human rights issue," she said in a statement Tuesday.

At the conclusion of a Liberal caucus retreat in Winnipeg, Blair said the correctional system, police, courts and society in general all have roles to play in helping reduce the proportion of Indigenous offenders in prison.

The "well-known and challenging" social conditions that give rise to the problem, including generational trauma, substance abuse and lack of access to services must be addressed, he said.