Redblacks show up in the second half, but Eskimos score late touchdown to win 21-16

Dominique Davis left the game with an injury in the fourth quarter of the Redblacks seventh straight loss.
Sep 28, 2019 8:22 PM By: Chris Kurys 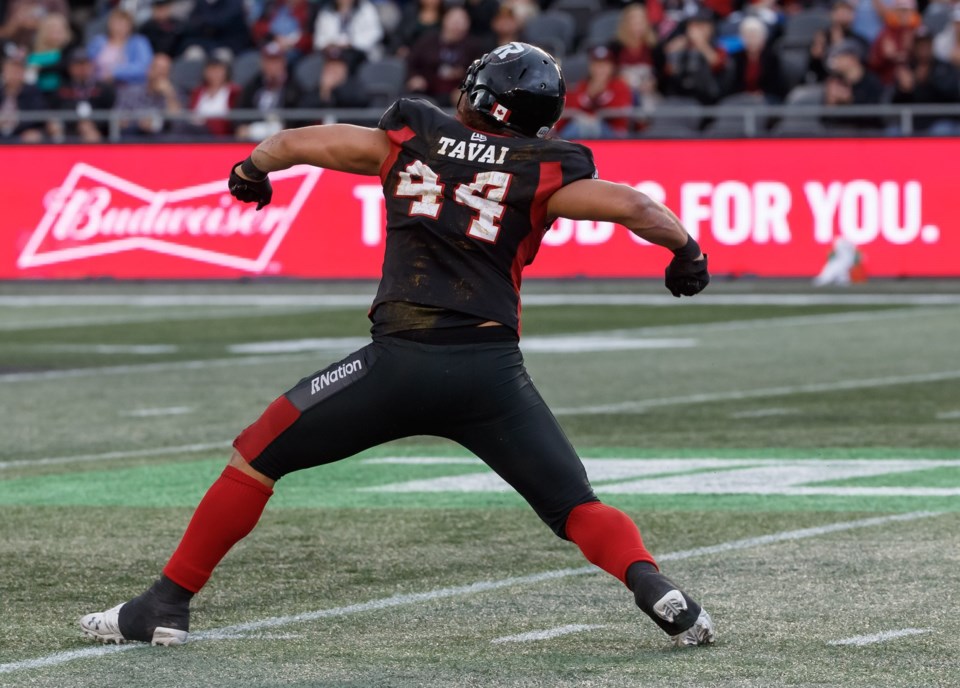 In front of an announced crowd of 23,451 at TD Place on Saturday, the Ottawa Redblacks lost their seventh straight game to the Edmonton Eskimos 21-16. The loss drops Ottawa to 3-11 on the season and leaves their playoff hopes dangling by a thread.

The past couple of weeks, the Redblacks have been thoroughly outclassed by their opponents, but Saturday was a bit different. The game came down to late in the fourth quarter and while the end result was the same as the last six contests, the compete level was there.

“I was proud of the way our guys keep fighting, and that’s more typical I think of the way we can play,” said head coach Rick Campbell.

Jonathan Jennings and Dominique Davis split time at quarterback, with Jennings earning the start, but Davis being more effective and getting the bulk of the workload before scrambling to pick up a loose ball late in the fourth quarter, hurting his arm and leaving with an injury.

“I wanted to use them both and go with the flow of the game” said Campbell “In the fourth quarter, we had some good momentum going with the touchdown and the two-pointer and then too bad he (Davis) got hurt.”

Davis’ day ended with a passing line of 15 for 23 for 215 yards and one score on the ground, and he seemed to find a rhythm in the second half.

“He was walking around and doing stuff, so that’s a good sign…hopefully it’s nothing serious,” said Campbell.

Jennings finished 7 for 8 for 58 yards and was on the field for the Redblacks’ final drive that stalled out with a turnover on downs in the red zone. Defensive back Money Hunter stopped running back Mossis Madu inches shy of the first-down marker on third-and-12.

“Game of inches,” said Jennings. “When I initially looked at it, it seemed like he jumped over  the first down, but that’s just how it is.”

Ottawa was also hurt by a questionable call on the previous drive. Edmonton quarterback Logan Kilgore connected on a beautiful throw to Tevaun Smith into double coverage in the back of the end zone that looked like a touchdown at first glance, but on closer inspection, the ball may have popped loose. After a review, the referees ruled it a touchdown to put the Eskimos up 21-14.

“When it hits the ground if that ball moves or rolls or does anything like that, it should be incomplete, but I’ve got to look at it more,” said Campbell.

Some positive news is that Ottawa finally scored a touchdown on a QB sneak by Dominique Davis from the Edmonton one-yard line. Davis was also able to finish the two-point conversion with his legs, tying the game in the third quarter. Up until that point, the Redblacks hadn’t hit the end zone since Brad Sinopoli caught a touchdown pass on September 7, a span of 58 offensive possessions.

Their sole source of offense at first was the usually dependable Lewis Ward. He connected from 52 and 42 yards, while also missing wide from 48 yards.

Ottawa will head into their final bye week of the season before heading on the road for  three straight games, the first of which comes against Toronto on October 11.