“I know everybody in the world is against Eugene Melnyk,” Cherry said during Saturday’s Coach’s Corner segment on Hockey Night in Canada. “For the life of me, I cannot understand it.”
0
Mar 26, 2018 4:32 AM By: Sportsnet 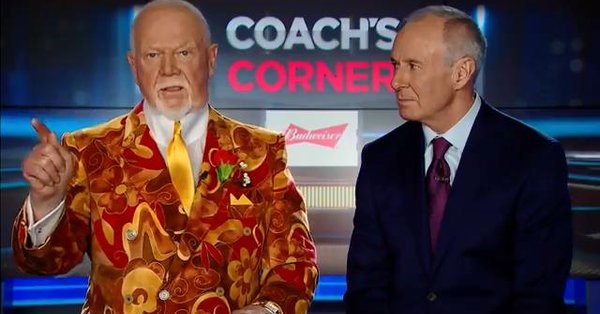 Ottawa Senators owner Eugene Melnyk has been under fire from the team’s fan base this season and Don Cherry doesn’t agree with the criticism.

“I know everybody in the world is against Eugene Melnyk,” Cherry said during Saturday’s Coach’s Corner segment on Hockey Night in Canada. “For the life of me, I cannot understand it.”

Billboards appeared around Ottawa this week calling for Melnyk to leave his position. The messaging was paid for by fans, who have grown increasingly frustrated with the owner.

The Senators fell one game short of a Stanley Cup Final appearance last year, but are now in the midst of a terribly disappointing season. The club will miss the playoffs and entered Saturday second-last in the Atlantic Division.

“Here’s a guy who spends millions of dollars,” said Cherry. “The people don’t show up to [Canadian Tire Centre].

“They had a winning club last year, they were one shot away from getting to the Finals and they still didn’t sell out,” he added. “He’s nuts to even stay there. He pours millions of dollars into the franchise and what do they do? They give him a hard time.”

Melnyk has addressed the club’s attendance issues several times in recent years and said in December, “if it doesn’t look good here, it could look very, very nice somewhere else.”

Cherry agreed with the notion that Melnyk should consider moving the team.

“Quebec’s even better,” said the broadcaster. “He’d sell out in Quebec in a heartbeat.”