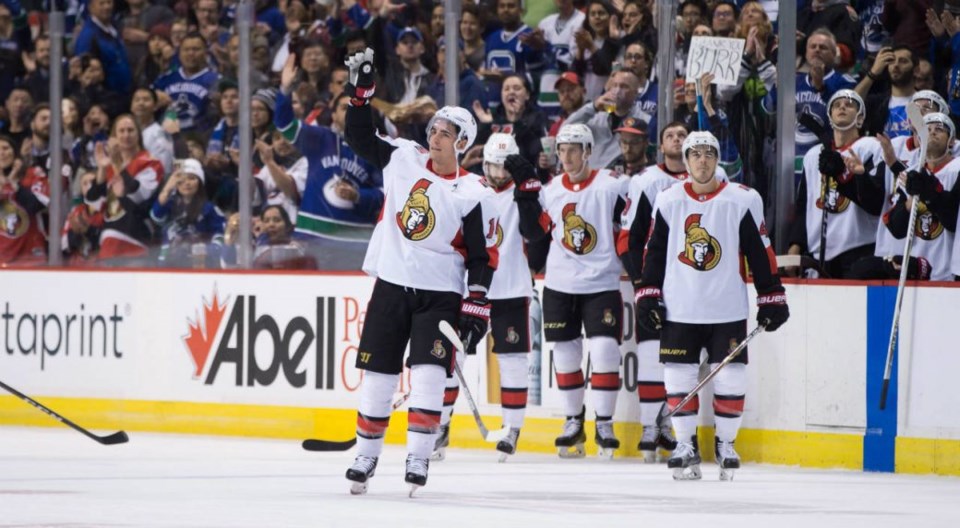 The Senators have placed veteran winger Alex Burrows on unconditional waivers for the purpose of a buyout, Sportsnet's Chris Johnston reports.

Alex Burrows is on unconditional waivers for the purpose of a buyout by the #sens.

Burrows joined the Senators via trade in February 2017, heading to Ottawa from Vancouver in exchange for prospect Jonathan Dahlen.