Ottawa is expected to get a package including prospects Vitaly Abramov and Jonathan Davidsson in return.
Feb 22, 2019 12:20 PM By: Canadian Press 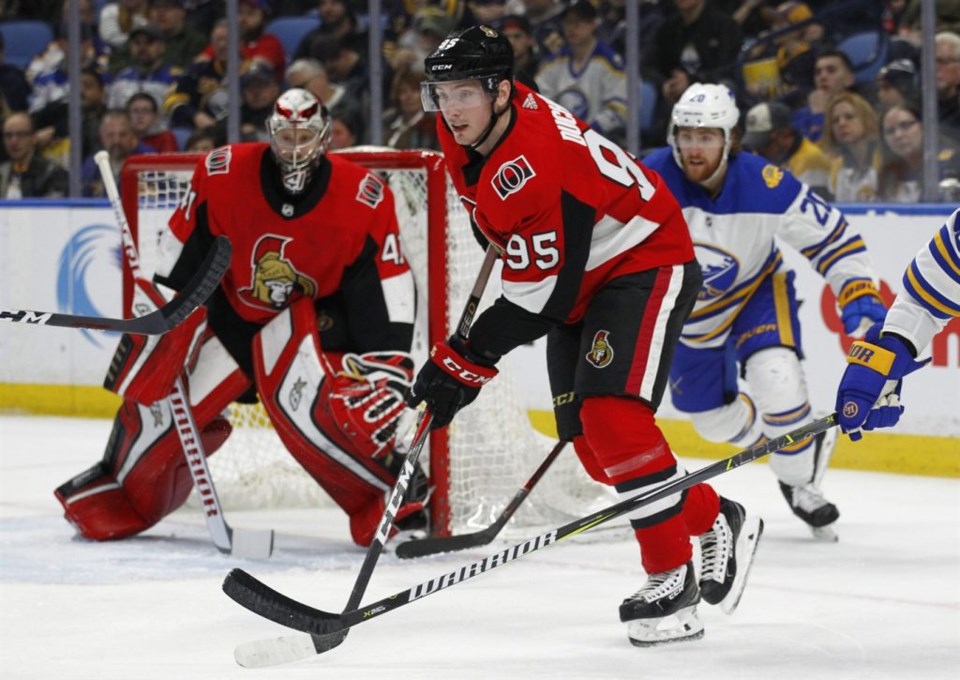 The Ottawa Senators have traded centre Matt Duchene to the Columbus Blue Jackets.

Duchene is an unrestricted free agent at the end of this season. He is the second-leading scorer on the Senators with 58 points (27 goals, 21 assists).

The trade comes before the Senators are scheduled to host the Blue Jackets at the Canadian Tire Centre, Friday.

Matt Duchene will play his first game for CBJ against the Senators tonight.

The Senators are getting a package including prospects Vitaly Abramov and Jonathan Davidsson in return.

Senators General Manager Pierre Dorion says he tried to sign Duchene to a long-term contract before trading him.