Sidewalk and road outside Magee House to reopen soon 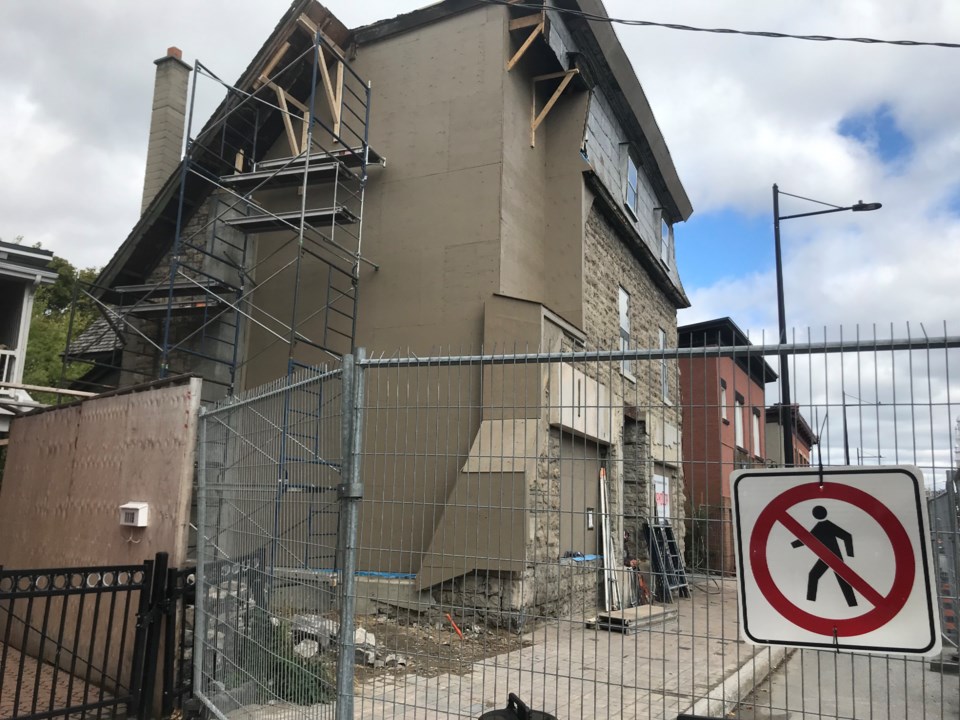 The City of Ottawa says it will soon be reopening a portion of the sidewalk and road in Hintonburg after being closed for over a year due to the partial collapse of the Magee House.

The western wall of the stone building at 1119 Wellington St. W. collapsed back in July of 2018. The city had engineers advise them on next steps for the building and removed additional parts of it for safety reasons.

The city took over the stabilization project after giving the owner, Ovidio Sbrissa, until August 2, 2019 to finish the work himself.

"Costs associated with the stabilization work and the right-of-way encroachment will continue to be billed to the building's owner," added Buck.

The city would not clarify how much would be billed to the owner.

Ovidio Sbrissa didn't not respond to 1310NEWS' request for an interview to see what his plans are next once stabilization is complete.

Part of Hintonburg's Magee House set to come down
Jul 27, 2018 4:58 PM
Comments
We welcome your feedback and encourage you to share your thoughts. We ask that you be respectful of others and their points of view, refrain from personal attacks and stay on topic. To learn about our commenting policies and how we moderate, please read our Community Guidelines.