Five William Street businesses remain closed, including Vittoria Trattoria, the restaurant at the epicentre of the blaze.
0
Apr 15, 2019 6:57 AM By: Jason White 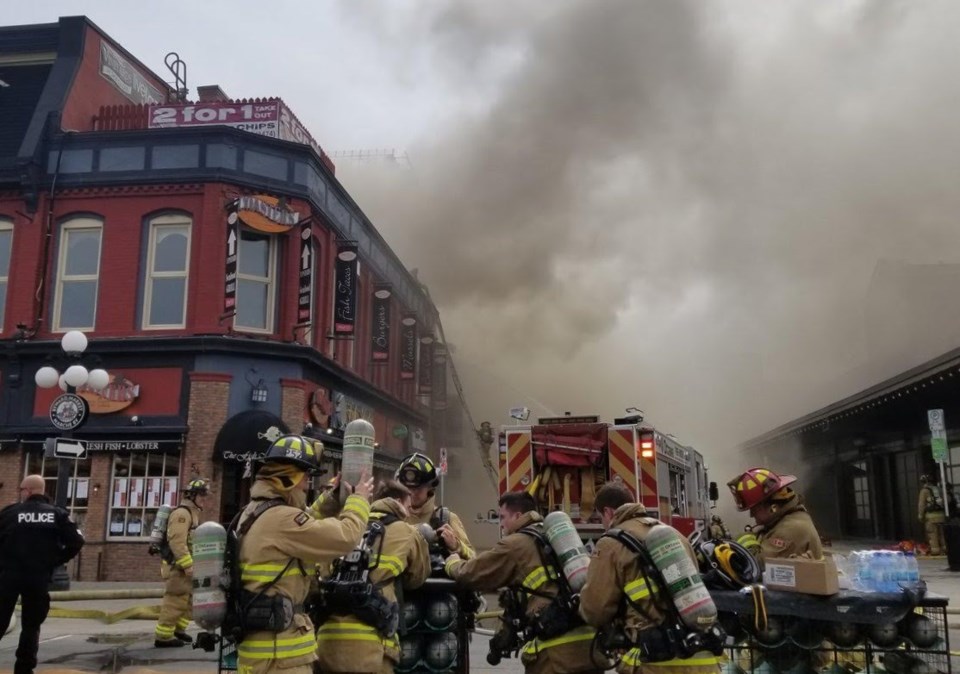 Firefighters continue to work at the scene of a blaze at 35 William Street in the ByWard Market, April 12, 2019. Jenn Pritchard/ OttawaMatters.com

Coffee and seafood are back on the menu, as more businesses re-open after Friday's massive fire in the ByWard Market, but some businesses face a longer road to recovery.

Along the northern edge of the fire zone, The Fish Market restaurant re-opened Sunday night while the Starbucks next door re-opened Monday morning.

Five William Street businesses remain closed, including Vittoria Trattoria, the restaurant at the epicentre of the blaze.

The restaurant's roof collapsed during the fire, and it's not yet clear whether the building nor neighbouring damaged units can be saved.

"A lot of these people that work in these restaurants live paycheque-to-paycheque and they rely on every night's service, and it's devastating," said Derek Godsoe, chef at e18hteen, a nearby restaurant that was untouched by the fire. Friday's blaze is among a restaurateur's worst fears come true.

"It's something you're always-- I have fears of waking up to a phone call that one of our restaurants is on fire," Godsoe told 1310 NEWS on Friday.

There's still no official word on the cause of the fire, and it's not known for sure whether the building where the fire began will need to be torn down. Ottawa Fire says early estimates have pegged damage at more than $2 million.