On Friday, the league extended the deadline to this week as it awaited word on government assistance. But it appears both federal and provincial officials also awaiting further certainty from the league regarding its ability to go ahead with an abbreviated 2020 campaign
Jul 27, 2020 3:58 PM By: Canadian Press 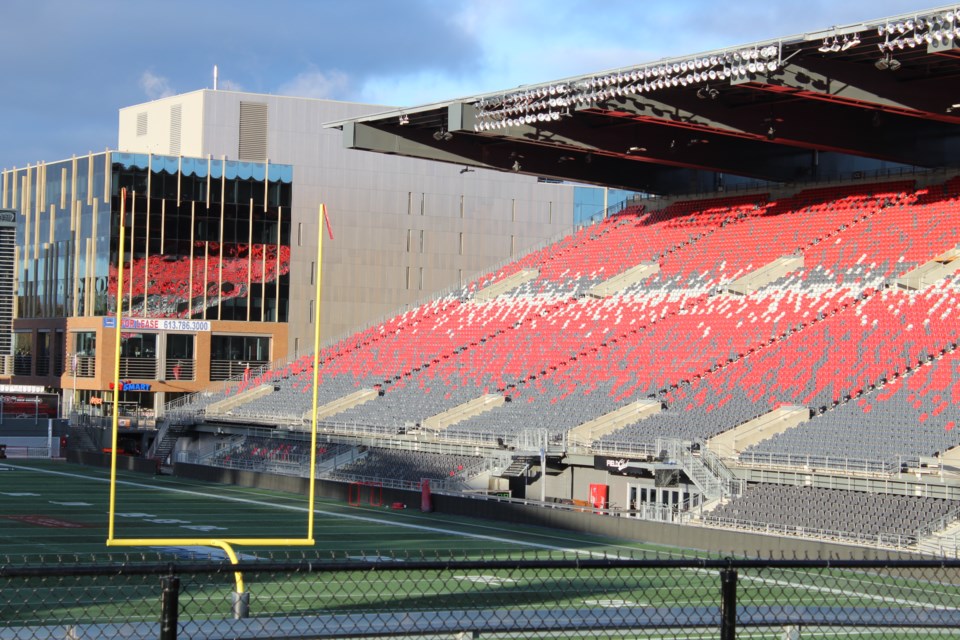 It seems CFL players, coaches, front-office officials and fans aren't the only ones eagerly awaiting the outcome of the league's amendment talks with the CFL Players' Association.

So too are the federal and provincial governments.

A league source said Monday that Ottawa and the provinces are both looking for additional certainty from the CFL as they consider its latest financial ask. Earlier this month, the CFL sent the federal government a revised request for $42.5 million in aid after calling for up to $150 million in April in the event of a cancelled 2020 season due to the COVID-19 pandemic.

The source spoke on condition on anonymity because the CFL's negotiations with the federal and provincial governments have not been made public.

The CFL and CFL Players' Association continue discussing potential amendments to their collective bargaining agreement that could allow for a shortened 2020 season. The league had established Friday as the deadline for those changes, the extension of the deal past its 2021 expiry as well as health-and-safety protocols and federal funding to be in place.

On Friday, the league extended the deadline to this week as it awaited word on government assistance. But it appears both federal and provincial officials also awaiting further certainty from the league regarding its ability to go ahead with an abbreviated 2020 campaign.

CFL commissioner Randy Ambrosie has stated the earliest a shortened season could begin is September but that a cancelled campaign also remains possible. The league has stated a revised CBA, significant federal government support, and approval from public health authorities are necessary for football to be played this year.

On Monday, a TSN report stated the two sides were closing in on an amended CBA and football operations staffs across the league were being told to start preparing for a possible 2020 season.

The report added players would begin travelling to Winnipeg — the CFL's tentative hub city — Sept. 14, then have to pass two separate novel coronavirus tests over a six-day period in order to be allowed into the bubble. Training camps would begin following a six-day quarantine.

But CFLPA president Solomon Elimimian dispelled the report, tweeting "with MANY issues unresolved The PA and league are NOT close to a deal." He added, "I won't speak on what football ops are being directed to do but WE haven't seen it."

And that's not good because any government support wouldn't likely be coming until after the CFL and CFLPA came to terms. The league's latest financial request will also need co-operation from the six provinces where league franchises are located.

Ottawa is dealing with the league's $42.5-million request via the Business Development Bank of Canada (BDC), which is a federal agency but also a crown corporation. As a result, the federal government can't mandate financial assistance for the CFL.

The BDC is a bank with lending criteria and the CFL is unlikely to qualify given its financial state. To secure financial assistance, the league would likely require the Quebec, Ontario, Manitoba, Saskatchewan, Alberta and B.C. governments to serve as guarantors on any funding provided.

And that might not be easy. Ontario sports minister Lisa MacLeod has stated often the province has no CFL-specific money and that there are many other sectors also requiring government help.

The source said some provinces might already be willing to guarantee financial support to the CFL based upon its naming Winnipeg at a tentative hub city. But an amended CBA, the source added, would certainly go a long way towards providing the certainty governments want to see.

The CFL and CFLPA can effectively end any thoughts of a shortened season without an amended CBA. But even if they do reach an agreement, the league's hope for a 2020 campaign ultimately rests with government providing some sort of financial aid.

And to achieve that, the source reiterated the CFL must provide a solid plan outlining its health-and-safety protocols and provide definite certainty. A factor working in the league's favour, the source added, is its latest proposal is much more manageable than the original and increased certainty created by an amended CBA would likely put any dissenting province's concerns to rest.