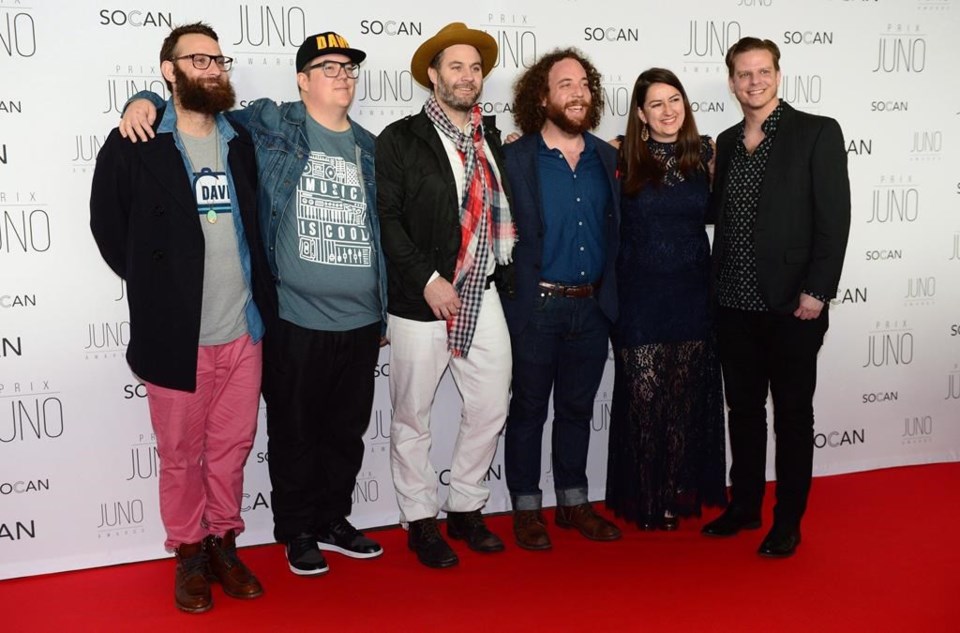 The Strumbellas are scrapping plans for a 14-city Canadian tour.

The move comes after the Toronto-based rock band postponed their Canadian dates in early January because an unspecified member was admitted to hospital with an illness.

They did not provide further details on the circumstances.

The six-member act now says it's logistically impossible to reschedule those postponed dates as one of their members focuses on "getting back to good health."

The band says ticketholders can receive full refunds at the point of purchase.

The Strumbellas planned to tour for their latest album "Rattlesnake'' in cities including Victoria, Calgary, Edmonton, Winnipeg, and Saskatoon.

They were set to play the National Arts Centre in Ottawa on Saturday, February 1.

The band was also set to play five Toronto shows in different venues around their hometown.

In the latest message, the group says "factors involved with healing and tour logistics" made it clear they wouldn't be able to reschedule shows until at least the fall.

"That's just too long to keep you guys waiting with tickets in hand," they wrote in a statement.

"This has been a difficult time for all of us, and your continued love and support has given us even more motivation to focus fully on getting back to good health and back out on the road."

The band rose to mainstream popularity nearly four years ago when their pop-folk single "Spirits'' became a radio hit across North America and in a number of European countries.

'We have our heads above water': How the Ottawa Humane Society has fared throughout COVID-19 — and how it may impact their future
Aug 6, 2020 9:38 PM

Bell, Virgin Mobile customers experiencing outages in Quebec, eastern Ontario — including Ottawa
Aug 6, 2020 8:39 PM
Comments
We welcome your feedback and encourage you to share your thoughts. We ask that you be respectful of others and their points of view, refrain from personal attacks and stay on topic. To learn about our commenting policies and how we moderate, please read our Community Guidelines.