A new study finds that races are still dominated by men, while women are less driven by salary than men and less likely to challenge male incumbents.
Sep 30, 2018 3:20 PM By: Maclean's 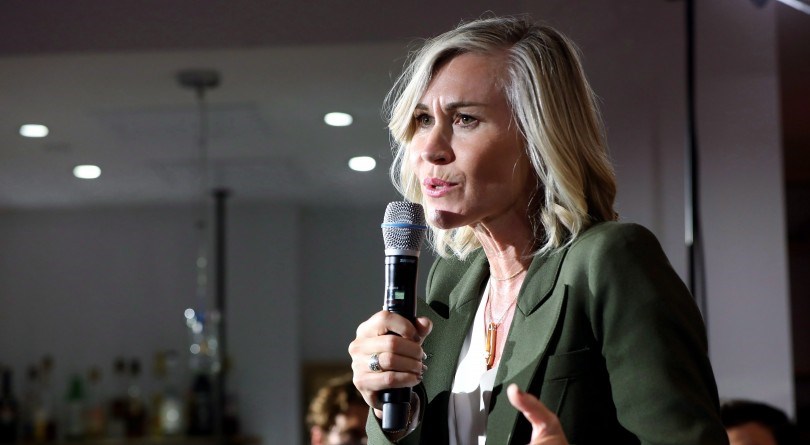 This fall, voters in British Columbia, Manitoba, Northwest Territories, Ontario, Prince Edward Island and the Yukon are all set to mark ballots in municipal elections. Torontonians will presumably get to exercise their franchise, too, whenever that ugly snafu gets ironed out.

A new research paper published in the Canadian Journal of Political Science used a database containing a decade’s worth of elections in the 100 largest Canadian cities—ranging from poor, embattled Toronto, with its 2.6 million citizens, to Cornwall, Ont., home to 46,000 souls—in order to tease out the factors that influence how many candidates contest a mayoral race, and whether men and women are driven by different things.

Listen to a conversation with the author of this article Shannon Proudfoot on Ottawa Today with Mark Sutcliffe:

The paper is co-authored by Sandra Breux, Jérôme Couture and Royce Koop, and Koop spoke to Maclean’s to explain the findings.

Q. What made you want to study this?

We’re interested in local electoral politics in Canada. In a lot of ways, municipal politics is studied in its own world: they have their own theory and their own frameworks. We wanted to study voting behaviour and the people who actually run for office. But of course, there are also these equity concerns related to the types of people that get elected.

In Canada, we have this long literature that makes us think women are more likely to experience success at the local level or at the school board level than they are at the provincial or federal level. But we’ve had some studies in the last little while that dispute that.

Q. Where did that notion come from?

It’s a popular conception. If you’re involved on the parents’ committee, moving into the school board is a lot more natural than running for the nomination of a federal party and becoming a Member of Parliament. It’s been a conception in the past, [but] when you look clearly at it, it seems to break down.

Q. Can you tell me about the database you built?

It was a database of all the people who ran for elections in Canadian cities between 2006 and 2017. So it included data on every councillor and mayoral candidate that ran between these two years, and then characteristics of the cities, including the election results, so we can explore questions like this.

Q. And what did you find?

There were two sides to the paper: the first is the total number of people that run in these races, and then the number of women that run.

We found, on average, just under five candidates run for mayor in all of these elections. There is a spread to that, because there are a fair number of races in which there’s acclamations. But on average, there’s five and out of all of those, only 16 per cent were women. We didn’t think it would be that low.

Q. What affected the number of overall candidates, male and female?

When cities are dense, they’ve got big populations, they tend to have higher numbers of candidates. And also where the mayoral position has some prestige attached to it—so for example, when the pay is higher, you tend to get more people running for this position. In smaller places where being mayor is really a service, there’s not much reward to it, you tend to have fewer candidates.

Q. And what did you find in terms of factors that affect men and women differently?

The most interesting one was that when there’s a female incumbent—there’s a woman who’s mayor—that’s related to higher numbers of women running for the position. This is interesting because women seem to be more willing to challenge other women, but [also] when women see other women in public office, they’re more likely to see themselves being able to do that as well. It’s kind of a funny effect, because it has the consequence that if you’re a woman mayor, you’re more likely to get challenged by other women.

For men, the thing that made a difference was higher mayoral salaries. So if the salary was higher, you’re more likely to get male candidates, but that had no effect on female candidates.

Q. What do you make of that?

It may tell us, for example, that men and women are to some extent pursuing different things when they get into politics. Women might be more policy-seeking than men, who might be more status-seeking. This quote [from another study explains]: “In both their decision to run for municipal office the first time and their decision to seek the mayoralty, women are more often than men motivated by their concern over one or two particular public policy issues and less motivated by a longstanding desire to run for public office.”

Q. It almost sounds like it’s more personal, that women are more likely to be driven into politics if there are a few issues that resonate with them and they think, “Something really needs to be done about this,” as opposed to seeing this as a career aspiration.

That’s right. We hear stories about people who get into municipal politics, they’re motivated by something that happened—there was a gravel pit or community garden—but in terms of gender differences, it seems to be the case that women are more likely to be motivated by issues than men are.

Q. Why does all of this matter? What’s the upshot of your research?

People are concerned with this question of descriptive representation: do people see public officials that are like them, that look like them, that embody their interests and concerns? It’s not just about representing the interests of women, it’s about ensuring that there is this kind of descriptive representation of people in the legislature—even if it’s not perfect—because it has these very real downstream consequences. So we were interested in figuring out the factors that lead to women deciding they do want to run for office.

There’s also this stuff about the actual number of candidates. If you don’t have a lot of candidates running, what kind of message does that send, what signal does that send? It seems it’s not competitive, people are disengaged, you get these terrible candidates that just win constantly. So we were concerned with the democratic vitality of local politics in Canada.

Q. And I have to think if a woman incumbent makes a woman more likely to run, if you look at the field of candidates year after year and don’t see anyone that you identify with, that would lead you to believe this is just not for you.

Mobile COVID-19 testing being piloted near Donald Street apartments
Jul 11, 2020 7:00 AM
Comments
We welcome your feedback and encourage you to share your thoughts. We ask that you be respectful of others and their points of view, refrain from personal attacks and stay on topic. To learn about our commenting policies and how we moderate, please read our Community Guidelines.