'The province really needs to step up on this': Continued PPE shortage for paramedics 'worrisome'

There is no excuse for the continued shortage of PPE equipment, CUPE representative for the Ottawa Paramedic Services says.
Jul 11, 2020 10:28 AM By: Dani-Elle Dubé 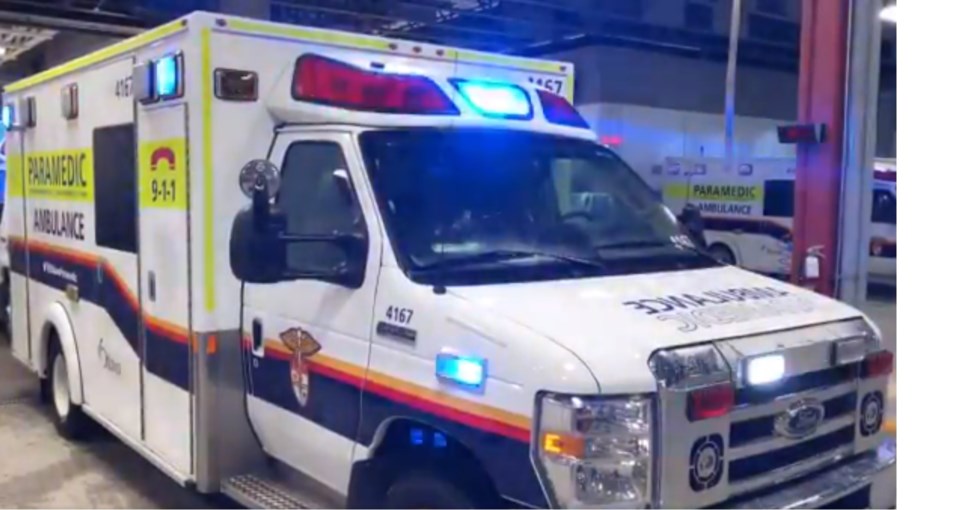 An Ottawa ambulance flashes the new red and blue lights, being installed on all new ambulances. Photo/ Ottawa Paramedic Service

After four months of the virus firmly planting itself in Canada — and Ottawa — Ottawa Paramedics worry every day if they’ll have the appropriate amount of PPE available to them.

At this point, CUPE representative for the Ottawa Paramedic Services John Fraser says there shouldn’t be an excuse for the shortage — especially since Canada had “ample time” to prepare an appropriate stockpile of PPE when the first case of COVID-19 was announced in Canada.

“No one wants to come into work and not have the proper equipment to do your work,” he said. "When the piece of equipment is not there to protect yourself, it’s very frustrating. It’s a very unfortunate situation, and a situation that should not have happened.”

Questions like, will there be enough PPE for me today; will today be the day I contract the virus; will I be bringing home the virus to my family, weigh on the minds of medics, especially during these times.

It’s adding even more stressors on top of a job that is already very stressful, Fraser says.

In fact, Fraser says it could be at any given moment paramedics run out of available PPE, and the predicament of not having the proper protection for them can one day be very real.

He adds, he’s not overall confident in the supply chain for PPE now for medic services. And that’s because of decisions the province of Ontario has made up until this point.

“The province really needs to step up on this,” he said. “We had warning signs it was coming to Canada; we had ample time to stock up on PPE… but they didn’t do that and now we’re four months into it and we still don’t have an appropriate stockpile.”

And this could be a problem come the fall, when a second wave of the virus is predicted to hit the city and all of Canada.

Given the fluidity of the virus and the number of cases being reported as of late, this does bring a bit of hope to Fraser — but that hope is fragile.

“We’ve flattened the curve which is great,” he said. “So the worrisome has diminished a little bit, but u don’t know where you’re going to see a spike.”