The Rolling Barber hits the road, giving haircuts to people in need

The bus parks in different locations each Sunday, and is staffed by volunteers.
Jul 24, 2018 11:44 AM By: Jason White 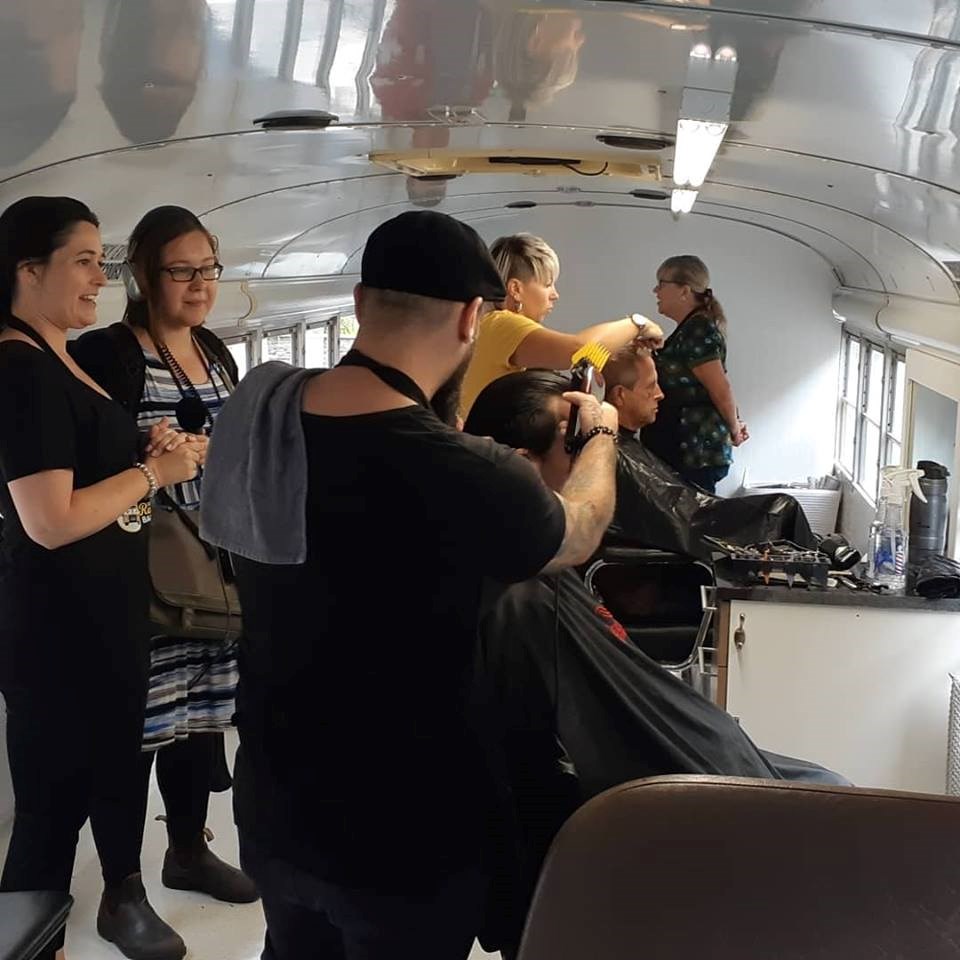 Ottawa's homeless and working poor are getting some dignity and confidence, thanks to a mobile barbershop -- that's run by volunteers inside a converted school bus.

The Rolling Barber hit the road for the first time, earlier this month, helping those who are most in need.

"A lot of people are on minimum wage, and those people can't necessarily afford a $30, even a $20 haircut," said Anne Donovan, one of the people behind The Rolling Barber.

OttawaMatters.com first learned about the Rolling Barber back when organizers were still unsure where it would get money to re-vamp an old school bus and fill it with the necessities to start providing haircuts. The vehicle and it's furniture were later donated.

The bus, staffed by volunteers, parks in different locations each Sunday.

Donovan said the change in the clients after receiving a wash and cut is noticeable.

The Rolling Barber is still collecting cash donations through a Gofundme, to pay for things like gas, insurance and parking for the bus.

Listen to the full conversation with Anne Donovan on Ottawa Today: