The Ministry of Transportation (MTO) made the announcement shortly after 6 a.m. Tuesday morning.
0
Oct 8, 2019 6:58 AM By: OttawaMatters Staff 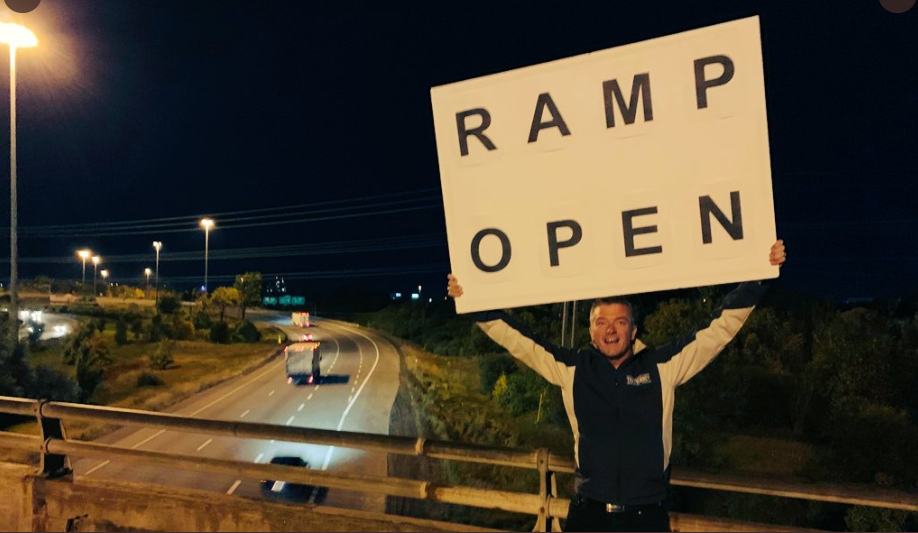 The westbound Highway 417 ramp to the eastbound 174 has re-opened after a more than four-year closure.

The ramp was opened to traffic around 6 a.m., as the area's city councillors cheered the end of the resulting detours.

"It was a long four years, but were certainly happy," said Councillor Tim Tierney, Beacon Hill-Cyrville Ward. "People are happy the ramp is open and it's a good day, today."

The ramp was closed in June 2015, when Transitway buses were moved onto the highway during LRT construction.

During the bus detours, the province's Ministry of Transportation was concerned that traffic from the highway ramp wouldn't have been able to safely merge with the high number of buses using the highway, and the MTO ordered the closure of the ramp.

"It made absolute sense from that perspective," said Councillor Laura Dudas, Innes Ward. "But from a motorist's standpoint -- even from a bus user's standpoint -- it was painful."

The ramp's reopening coincides with the removal of bus-only lanes on Nicholas Street as well as on the 174, between Blair and the 417.