“There’s a lot of workouts on YouTube, a lot of yoga, just whatever I can to stay in shape, but yeah I’m hoping to get on an actual court soon,” says the former Carleton Ravens basketball star.
Jul 6, 2020 12:16 PM By: Luke Carroll 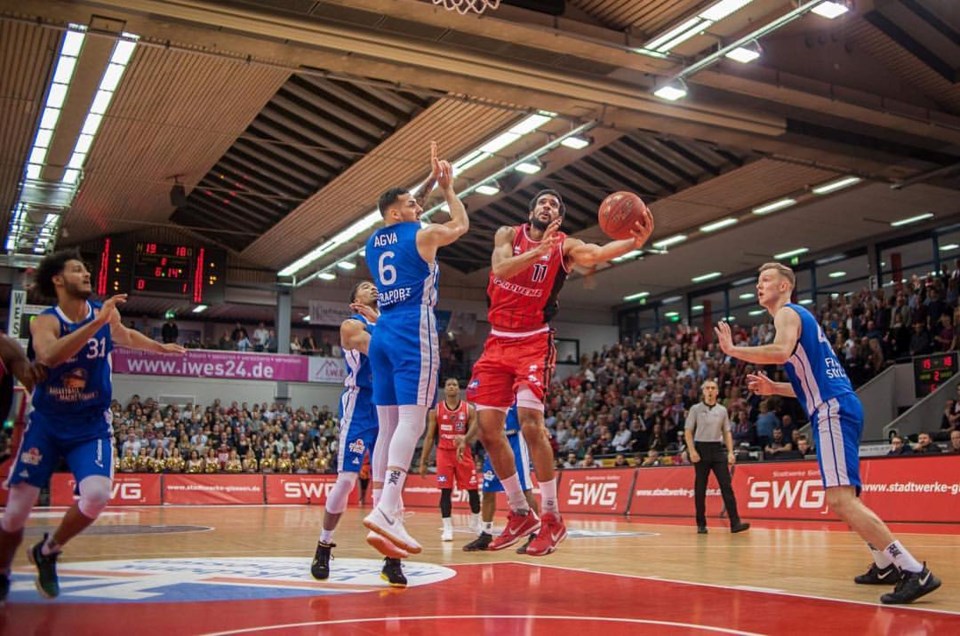 Thomas Scrubb playing basketball in Europe. Srubb will be representing the Ottawa BlackJacks at the CEBL tournament in Niagara in July. (Contributed photo)

Although it won't be the homecoming he was looking for, Thomas Scrubb is happy to represent Ottawa once again.

The former five-time champion with the Carleton Ravens is a member of the newly established Ottawa BlackJacks, part of the Canadian Elite Basketball League (CEBL).

“I was excited last year when they announced there was going to be a new CEBL team in Ottawa,” Scrubb says.

In only its second official season, league play was nearly derailed by the COVID-19 pandemic, which shut down sports globally.

However, the CEBL announced on June 25 that it will be the first Canadian sports league to return to play.

“It seems like we’re trying to figure out a way to get some games in,” Scrubb adds. “The league has done everything they can to get the approval of the government.”

The plan involves convening all seven teams at the Meridian Centre in St. Catharines, Ont. to play a round robin competition starting July 15.

With gyms and outdoor facilities having been closed for the past three months, the next challenge involves getting players in shape.

Scrubb says he has in recent weeks been able to shoot hoops at outdoor courts — but has done his best stay active at home.

“There’s a lot of workouts on YouTube, a lot of yoga, just whatever I can to stay in shape, but yeah I’m hoping to get on an actual court soon,” he reflects.

Scrubb says the BlackJacks should be a championship contender, but in a round-robin format, it will be "anyone's game."

Scrubb, who lives in Chelsea, Que. during the summer months, says playing for the BlackJacks has an added bonus as it grants him the opportunity to once again play alongside his brother Philip, a former teammate with the Ravens and team Canada.

Several other Ravens alumni will be on the roster, including Kaza Kajami-Keane — a championship Raven from 2015-2017, and under the coaching guidance of Osvaldo Jeanty — also a Ravens champion.

This team is also bringing together a pair of former adversaries. Johnny Berhanemeskel, who was an MVP with University of Ottawa Gee-Gees, battled the Scrubb brothers in the CIS (now USports) finals and Hoops Classic.

The CEBL tournament is scheduled to begin on July 25.