The agency will invest an initial $20,000 into the Ottawa Food Bank, plus $5,000 in grocery gift cards donated by Canadian food retailer Metro Inc. to address food security issues.
Sep 26, 2018 1:05 PM By: OttawaMatters Staff 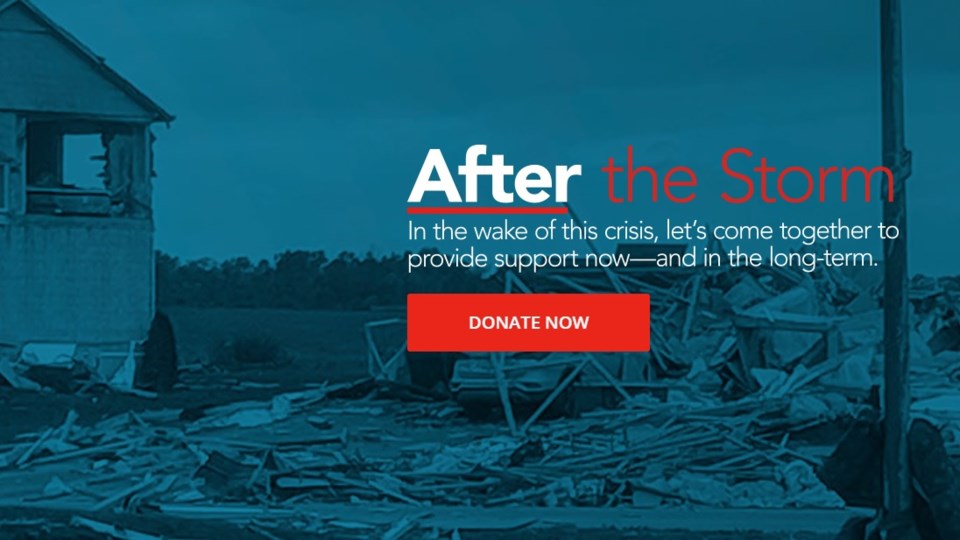 United Way Ottawa is teaming up with the Canadian Red Cross and The Salvation Army to address both immediate and longer-term needs for residents in the city, in the wake of Friday's destructive storm.

Over the weekend, United Way Ottawa was in close contact with frontline agencies, City of Ottawa officials and partners to determine which areas of the city were hardest hit by the storm and what their needs were as a result of the devastation.

"Our first priority over the coming days is to replenish the 11 food banks that lost power over the weekend and, as a result, lost all of their perishable food," said Michael Maidment, CEO of the Ottawa Food Bank. "These food banks serve over 7000 people on a regular basis, plus all the individuals and families who lost their food as a result of the power outage. This donation from United Way will be a huge help in rebuilding our stock, and reaching families who were hit hardest by the storm this past weekend."

The agency says it will invest an initial $20,000 into the Ottawa Food Bank, plus $5,000 in grocery gift cards donated by Canadian food retailer Metro Inc. to address food security issues.

United Way Ottawa is encouraging others in the community to join their collaboration by making a donation at afterthestorm.ca.

In the coming days, United Way Ottawa says it will further collaborate with experts, service providers and other funding partners.

"The Canadian Red Cross has been on the ground responding to the needs of the community since the tornadoes hit. Thanks to the generosity of Canadians, money raised will help meet the needs of people affected in the coming days and weeks as recovery efforts unfold. The Red Cross will work with government officials, the United Way and other community partners to help residents recover and move on," said Tatjana Radovanovic, Senior Director, Ontario Operations, Canadian Red Cross. "The Red Cross and United Way will work to bring community organizations together to discuss  community needs and distribution of resources."

These parties will look at coordinating their investments and resources to address the urgent needs and long term recovery. These needs will include:

- Ensuring that food banks in the local areas affected by the storm are restocked
- Providing counselling and information supports for residents where the storm caused the most damage
- Reaching out and offering supports to vulnerable seniors, who may be more isolated because of the storm

Eight Ottawa schools reporting COVID-19 outbreaks
Sep 28, 2020 8:44 AM
Comments
We welcome your feedback and encourage you to share your thoughts. We ask that you be respectful of others and their points of view, refrain from personal attacks and stay on topic. To learn about our commenting policies and how we moderate, please read our Community Guidelines.