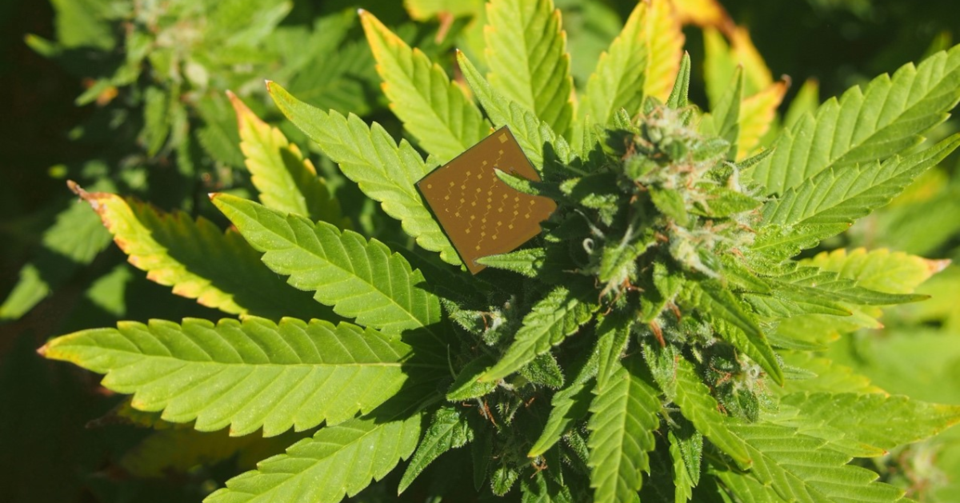 A device made to analyzing the cannabinoid content of marijuana plants within seconds is on the horizon. Researchers from the University of Ottawa developed a low-cost, miniaturized technology for on-the-spot analyses by cannabis producers as well as law enforcement agencies. Photo/ www.media.uottawa.ca

According to the University of Ottawa, a device that can detect and analyze the cannabinoid content of marijuana plants within seconds, is currently in the works.

Researchers from the university developed a tool that measures the ratio of the two major pharmacological components of cannabis: tetrahydrocannabinol (THC) and cannabidiol (CBD). The low-cost, miniaturized device is also equipped with technology to help cannabis producers and law enforcement agencies perform on-the-spot analyses.

“Since the device is capable of detecting THC and CBD directly from vaporized or burnt samples (smoke, for example), rapid, low cost environmental sensing is also possible, which is important for enforcing zero cannabis use policies,” says Dr. Cory Harris, “For example, police officers can activate the sensor, which would provide an objective reading of THC and/or CBD in that vehicle, where cannabis use is currently prohibited under Canadian law.”

Research for the device, which is made of a thin organic film, began in 2018 and was conducted entirely at the university. It is also where the devices were made, exposed to THC and/or CBD, as well as tested.

According to the research team, the technology can be used to analyze plant extracts, vaporized or burnt cannabis and make affordable, easy, and portable analysis accessible to everyone.

“Cannabis analysis is done routinely by licensed producers in order to characterize their crops in order to determine the THC:CBD ratio, which will tell them if their particular plant may be better suited to recreational use or medicinal use,” says Dr. Lessard, adding that, “However, this testing is currently done with complex, slow, and expensive analytical techniques. The affordability and simplicity of our device would not only lower the cost and expedite testing for licensed producers, but would also make cannabis characterization possible for consumers and home growers as well. No such technology existed for cannabis quality control previously.”

The research group’s study, which is called  On-the-Spot Detection and Speciation of Cannabinoids Using 2 Organic Thin-Film Transistors, will be published in the October issue of ACS Sensors.