The award measures the accomplishments of those working to make an impact on sustainability.
0
Oct 5, 2019 5:32 PM By: OttawaMatters Staff 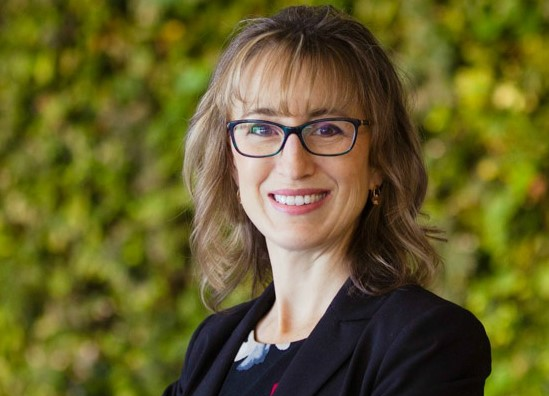 A picture of Monica Gattinger. Gattinger is a professor at uOttawa’s School of Political Studies, sits on the university's board of governors and serves on advisory councils for many public, private and civil society organizations. Photo/ www.media.uottawa.ca

Monica Gattinger, the director of the University of Ottawa’s Institute for Science, Society and Policy (ISSP) and chair of Positive Energy (PE), has been named a 2020 recipient of Canada’s Clean50 Sustainability Award.

According to Gavin Pitchford, the CEO of Delta Management Group, "Canada’s Clean50 Awards are announced annually by Delta Management Group and the Clean50 organization to recognize 50 individuals or small teams, from 16 different categories, who have done the most to advance the causes of sustainability and clean capitalism in Canada over the past 2 years."

To choose their honourees, Delta looks at each candidate’s accomplishments, collaborations with other organizations, contributions and ability to inspire others to take action.

Gattinger also spearheads Positive Energy (PE), a three-year initiative that uses the convening power of the university to bring together academic researchers and senior decision-makers from industry, government, Indigenous communities, local communities and environmental NGOs to determine how to improve public confidence in energy decision-making.

"Through the creation and use of Positive Energy, a neutral nonpartisan research and engagement platform, Monica is helping to address the polarization and opposition surrounding energy projects and renewable infrastructure, strengthening public confidence in energy and climate decision-making,” added Gavin Pitchford. Her leadership skills underpin PE’s success and has made it an influential voice in federal and provincial decision-making."

Dr. Gattinger, who was elected to the University of Ottawa’s Board of Governors in 2012, has written about Canadian energy policy and regulation, serves on advisory councils for many public, private and civil society organizations and is also a professor at uOttawa’s School of Political Studies.
Pitchford goes on to reveal that Gattinger is also, "among just 50 Honourees selected from an initial pool of approximately 750 very well qualified nominees from across Canada."

"The Clean50 comes from a very broad array of backgrounds. Such that only a few individuals are able to be recognized within any given category,” he says, adding, “To receive a Clean50 award is truly indicative of Monica’s leadership, both within her organization and within the category in which she was named: Education & Thought Leaders."

Adopt Me: Suzie can be shy at times
Jun 4, 2020 1:15 PM
Comments
We welcome your feedback and encourage you to share your thoughts. We ask that you be respectful of others and their points of view, refrain from personal attacks and stay on topic. To learn about our commenting policies and how we moderate, please read our Community Guidelines.