The student, who is black, says he was put in the back of a security car and questioned before eventually being let go without any ticket or charges.
0
Jun 14, 2019 8:24 AM By: OttawaMatters Staff 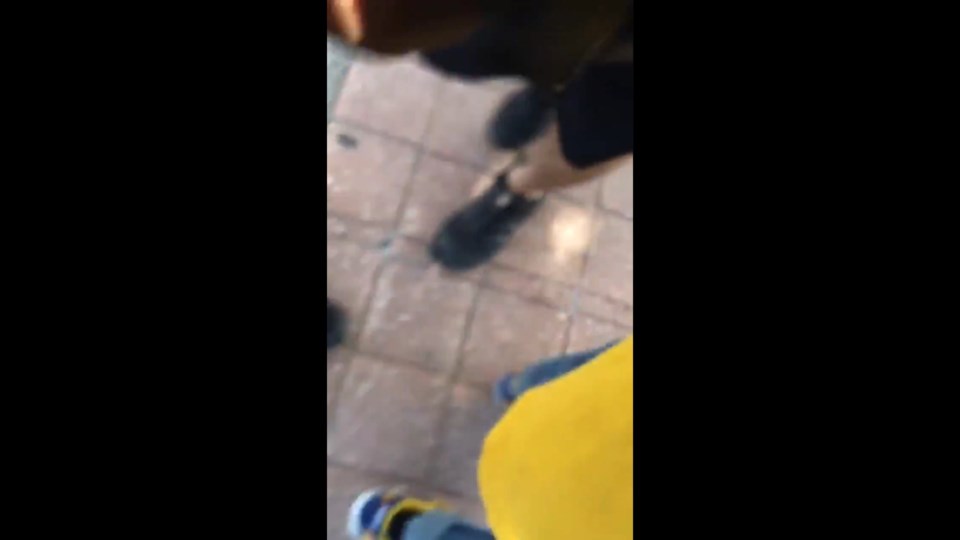 A screengrab from a video, posted by a uOttawa student who was detained by campus security and accuses the school of racism and racial profiling. Twitter/Jamal_KB

A student at the University of Ottawa, who was handcuffed and detained on-campus for trespassing, is accusing the school's security staff of racism and racial profiling.

Video of part of the incident shows the student, who is black, being asked by security to leave campus. A security officer also asks the student for his identification and then arrests the student, accusing him of trespassing.

After letting them know that i didn't have my wallet on me and trying to walk away they followed me, hit my phone to the ground as i tried to record, grabbed me and put me in handcuffs #blackoncampus @ctvottawa @uottawa pic.twitter.com/yQ7C7W2A1G

The student says that he had been skateboarding, but was told by security staff that he was being detained for failure to produce ID. During the interaction, he says a white student went by on a skateboard but was not stopped by campus security.

The student says he was put in the back of a security car and questioned, before eventually being let go without any ticket or charges.

The school's president has asked the university's Human Rights Office to look into the incident.

"I'm relying on the inquiry, and the results of the inquiry," said Jacques Fremont, University of Ottawa President. "There will be no disciplinary measures."

Questions of carding have been raised by members of the community, with the president saying that practice has been in place since 1992.

In the light of the incident on campus yesterday involving campus Protection Services and where allegations of violation of human rights were raised, we’ve asked the uOttawa Human Rights Office to look into the matter (2/2)

Barrhaven home destroyed by two-alarm fire
Feb 21, 2020 5:21 AM
Comments
We welcome your feedback and encourage you to share your thoughts on this story. We ask that you be respectful of others and their points of view, refrain from personal attacks and stay on topic. To learn about our commenting policies and how we moderate, please read our Community Guidelines.