Via Rail shutting down passenger service in Canada due to blockades 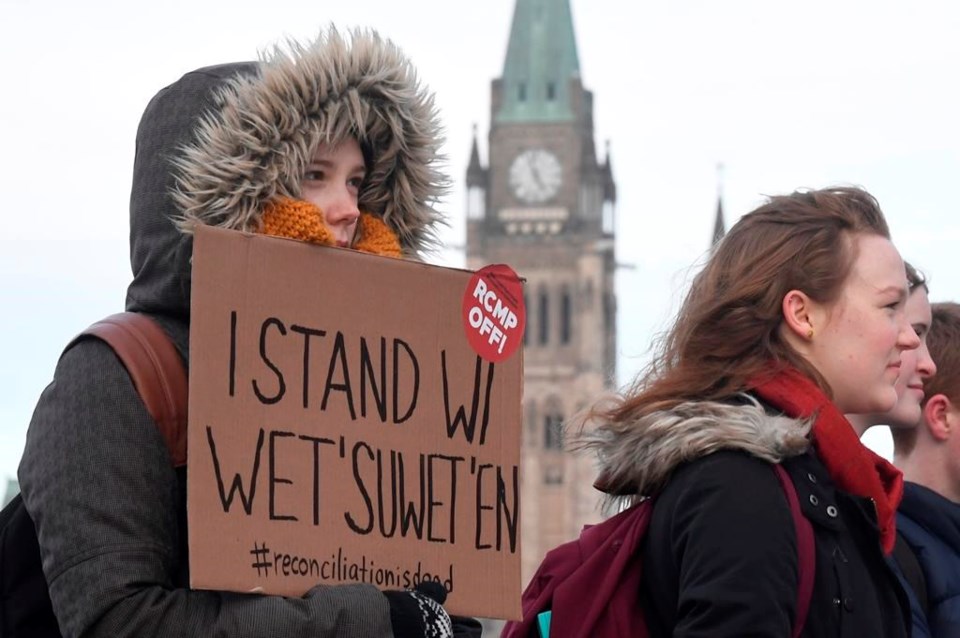 Protesters in solidarity with the Wet'suwet'en hereditary chiefs opposed to the LNG pipeline in northern British Columbia block an Ottawa intersection Wednesday, Feb. 12, 2020. Via Rail has extended train cancellations on major routes in Ontario and Quebec as protests against a pipeline in northern B.C. stretched into a sixth-day on Wednesday THE CANADIAN PRESS/Adrian Wyld

CN Rail says blockades are causing it to shut down its train network in Eastern Canada.

The company says that means stopping all transcontinental trains across its Canadian network.

VIA Rail says that also means shutting all its passenger service in Canada, which mostly uses CN track.

This includes trips from Ottawa.

“Following an advisory from the infrastructure owner that they are unable to support our operations across their network, VIA Rail has no other option but to cancel its services, effective immediately and until further notice,” the company said in a statement.

“VIA Rail is providing full refunds for all cancelled trips, which are being processed automatically. You do not need to contact VIA Rail to confirm the refund, but note that due to the volume of transactions it may take up to 15 days to receive.