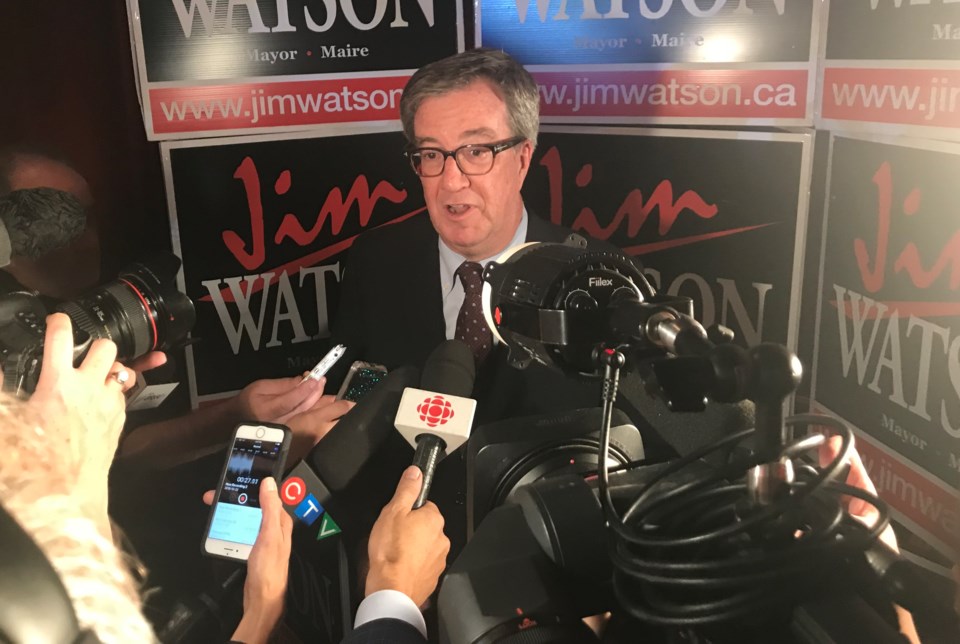 Jim Watson speaks to the media after being voted Mayor of Ottawa for a third straight term. Rick Gibbons/ OttawaMatters

Now that the results are in, the winners in Monday's election will begin preparing for a term likely to be dominated by light rail and fixing roads, according to Mayor Jim Watson.

"We're going to continue to have the monthly updates (from the Transportation Services Manager)," the mayor told Ottawa Today with Mark Sutcliffe. "And I'm getting briefed, I think, next week in terms of where things stand."

Listen to the full conversation with Mayor Jim Watson:

Once the first phase of the Confederation Line is up and running, attention will quickly focus to LRT Phase 2 and beyond.

On the campaign trail, Watson pledged to cap any property tax increases between 2% and 3%; he expects much of any extra cash generated will go toward fixing the capital's roads.

"Budgets are always give-and-take, but I think there's a pretty strong consensus that we have to invest in our basic infrastructure," said Watson.

Some of the mayor's preferred candidates did not win their wards Monday night, which raises the question of whether this term of council may be more contentious than the previous two.

The new Ottawa City Council will be sworn in on December 1.