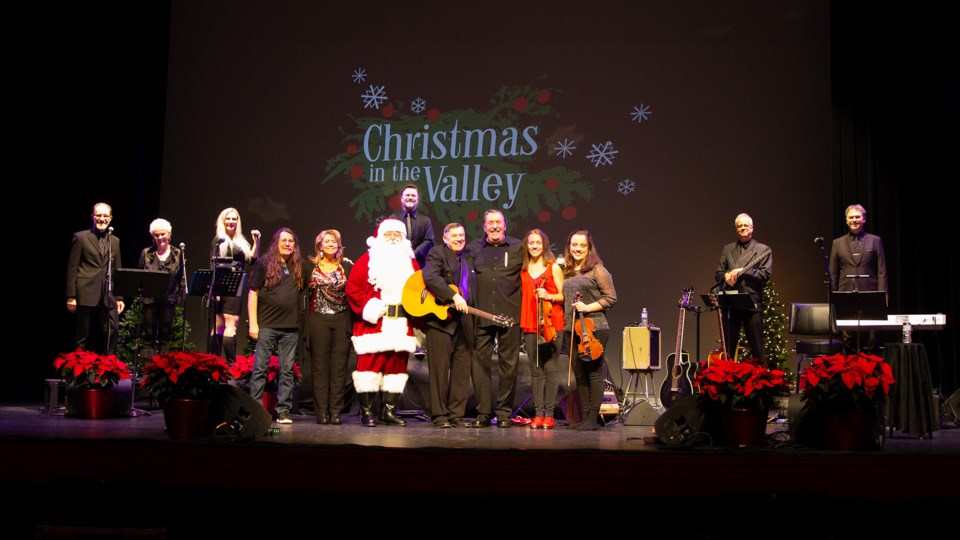 Wayne Rostad said it was the easiest decision in the world to round up his band and special guests to do Christmas in The Valley again.

After taking a number of years off to go build a home on Canada's east coast, the musician and former television star returned to the capital region for a Christmas in The Valley tour in 2018, and sold out every one of his concerts.

He said playing again in eastern Ontario, it's like a Christmas reunion with your family.

"We sing together a lot too [at the shows]. These concerts aren't just sit and listen, they're sit and participate -- and in some cases, stand and participate," explained Rostad with a smile.

Canadian fiddler, singer-songwriter and stepdancer Kelli Trottier is joining Rostad on this year's valley tour, and he said the audience might even get a special visit from the man in a red suit.

Christmas in The Valley 2019 kicks off in Pembroke on December 4. It will then make its way to Brockville (December 7), Kingston (December 9), Ottawa (December 12) and Cornwall (Decembver 14). For more information on times and venues, visit waynerostad.ca.

Proceeds from the concert series go to the Children's Hopsital of Eastern Ontario (CHEO). Over the years, Christmas in The Valley has raised more than $500,000 for CHEO.

"That's what Christmas is, it's all about the kids," said Rostad.

Pierre Poilievre will not seek leadership of the Conservative Party
Jan 23, 2020 7:20 PM

'If you're taking out leadership, you take out me:' Ottawa manager addressing transit issues
Jan 23, 2020 4:18 PM
Comments
We welcome your feedback and encourage you to share your thoughts on this story. We ask that you be respectful of others and their points of view, refrain from personal attacks and stay on topic. To learn about our commenting policies and how we moderate, please read our Community Guidelines.