'We are ready to talk:' Ottawa Police Services Board responds to downtown demonstration against racial injustice

Members of the Ottawa Police Services Board had agreed to meet with members of the Justice for Abdirahman group, but the group declined the meeting following the arrest of 12 members.
Nov 21, 2020 1:26 PM By: Alex Black 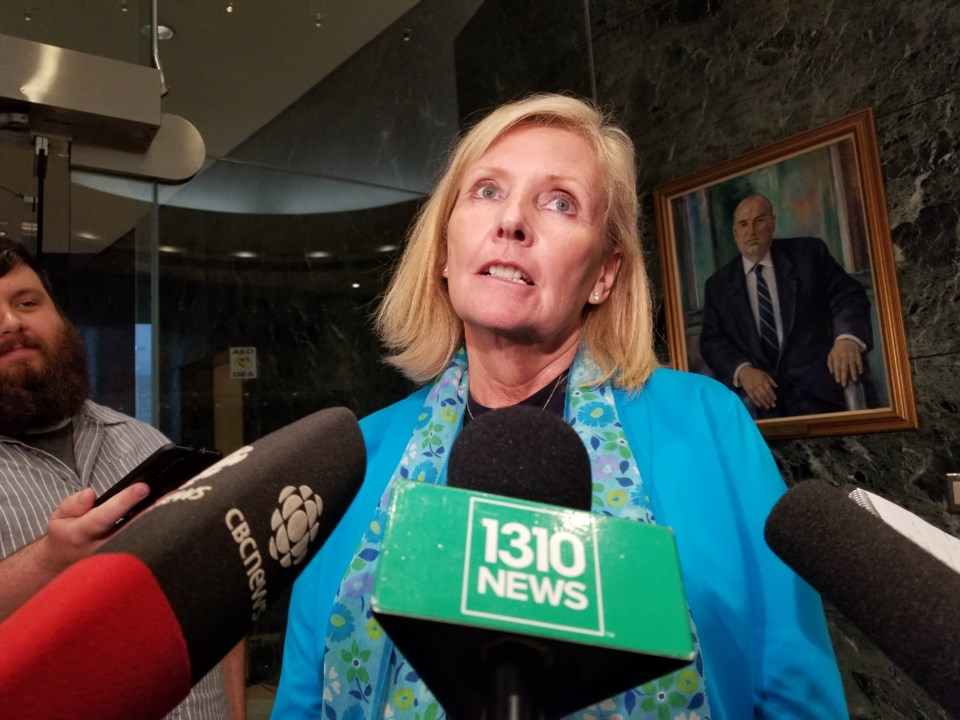 The chair of the Ottawa Police Services Board (OPSB) has issued a statement regarding a protest calling for an end to systemic racism surrounding policing, education, health, and housing.

In the statement, Diane Deans says the OPSB is aware of the protest, involving the Ottawa Black Diaspora Coalition and the Justice for Abdirahmen group. The protest commenced Thursday afternoon at the intersection of Nicholas Street and Laurier Avenue, but was removed by the Ottawa Police Service (OPS) in the early morning hours Saturday.

Police charged 12 people with mischief while taking down the demonstration, but all have since been released. One youth was also released with a warning under the Youth Criminal Justice Act.

Update: All individuals arrested this morning at Nicholas/Laurier have been released. In total, 12 people were charged with mischief and one youth was released with a warning under the Youth Criminal Justice Act.

Deans says she and two other members of the OPSB had agreed to meet with members of the Justice for Abdirahman group at 12 p.m. Saturday, but the group declined the meeting following the arrests.

"I, along with my Board colleagues, agreed to meet with members of the Justice for Abdirahman Coalition understanding that dialogue is essential in resolving differences and finding a pathway forward," Deans said in the statement. "Regrettably, following the apprehension of demonstrators early this morning by the Ottawa Police Service, the community members have since declined to meet. We remain at City Hall willing and open to talk."

Deans says while the board does understand the anger around the removal of demonstrators, the board cannot interfere in the operational decisions of the OPS.

"The police make operational decisions based on risk assessments and ensuring the safety of the public," Deans said.

Shortly after the original demonstration was taken down, the protest moved to the Ottawa Police Services headquarters, as demonstrators called for the release of those arrested.

Now that the 12 protesters have been released, the demonstration has ended and Elgin Street has reopened completely.

Ontario's COVID-19 response hampered by 'delays and confusion in decision-making:' AG
Nov 25, 2020 10:29 AM
Comments
We welcome your feedback and encourage you to share your thoughts. We ask that you be respectful of others and their points of view, refrain from personal attacks and stay on topic. To learn about our commenting policies and how we moderate, please read our Community Guidelines.