Among the reasons, they say, is to hold the OCDSB accountable for their decisions to keep teachers on staff, despite complaints.
Oct 16, 2020 7:50 PM By: Dani-Elle Dubé 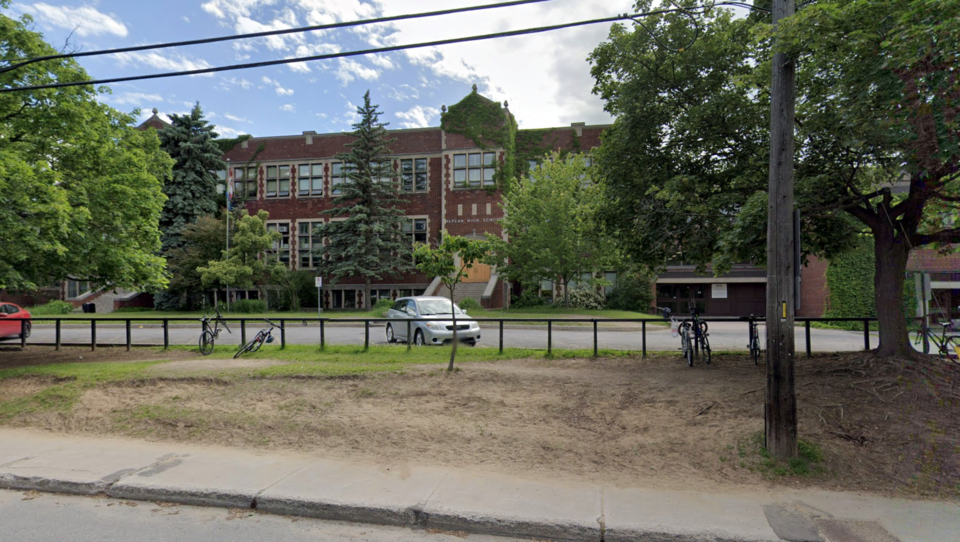 Former and current students of Nepean High School, alleging unprofessional misconduct by present and former staff, say their motivation for speaking out now is to hold the Ottawa-Carleton District School Board (OCDSB) accountable.

Those who put together a Google Doc document, released on October 10 -- alleging sexism, racism, homophobia and xenophobia from staff members at the high school over the years -- are accusing the OCDSB of employing educators who pass along or participate in a toxic culture.

In an updated statement from the OCDSB on Twitter, the board says it was made aware of the allegations — which date back several years — “relating to the school climate” back in September.

“Immediately upon becoming aware of the allegations, the OCDSB launched an investigation, which is currently underway. We would ask that anyone who may have information directly related to the investigation to come forward,” the thread continued.  “We recognize our responsibility to ensure a caring and safe school culture, grounded in respect for each person’s dignity, rights and responsibilities and free from oppression, racism and discrimination.”

"These horrible experiences within the culture at Nepean High School is indicative of deeper systemic issues that must be addressed," former students state in the document. "We especially hope that the fact that so many students waited until they had graduated and put both metaphorical and literal distance between themselves and the school (and its staff) to come forward, is telling."

The group also says that any student who has come forward with complaints in the past were subsequently "ignored, belittled, silenced and in some cases even punished for speaking out."

In the end, they're calling on the school board and its staff members to do better.

"There are many important initiatives being undertaken by motivated and brave students to address the bigotry in the Ontario and OCDSB school boards that we support wholeheartedly, and believe will foster important systemic and institutional changes," the group outlines.

"At the same time, we believe change can be simultaneously top-down and bottom-up, so while other talented students work with the school board to institute tangible policy changes, we are hoping this can help spark the bottom up changes. Because as much as it is the job of administrators at provincial and district levels to institute changes, it is up to you to carry them out."

The Google Doc, released on Twitter last week, stands at 12 pages and includes allegations against 23 staff, as of Friday, October 16.

Allegations range from sexually explicit and racist jokes being made, inaction when a student was sexually assaulted in the gym, victim blaming, comments on student bodies, and unnecessary physical contact, among many others.

None of the allegations made in the Google Doc have been proven in a court of law or before the Ontario College of Teachers (OCT).

Among the staff named in the document of the allegations is former Nepean High School vice principal Peter Earl Campbell, who has already been exonerated of past allegations made against him, and has never been disciplined by the OCT.

What the officials say

When reached for comment, interim president of the Secondary Teachers’ bargaining unit had this to say in an emailed statement:

“Our position has always been that concerns about professional conduct be handled by the employer using an open and fair process. We take all allegations against our members very seriously, and believe that any such complaints should be dealt with in a fair process, without prejudice, where the presumption of innocence and due process are respected. Of course, we can't comment on individual situations.”

Justine Bell, school trustee for zone 10 Somerset/Kitchissippi, calls the allegations “serious,” and thinks they need to be properly investigated.

“I cannot respond to what may or may not have happened in terms of past complaints, but I can assure you that I have, as the area trustee, expressed the urgency for a fulsome investigation into these allegations,” she said in an emailed statement. “The investigation is underway and I think it is important that we allow the time and space for a fair and fulsome investigation. The school is making support available to students.”