They were informed of their win during a surprise skate celebration on the Rideau Canal.
Mar 3, 2019 8:10 AM By: Chris Kurys 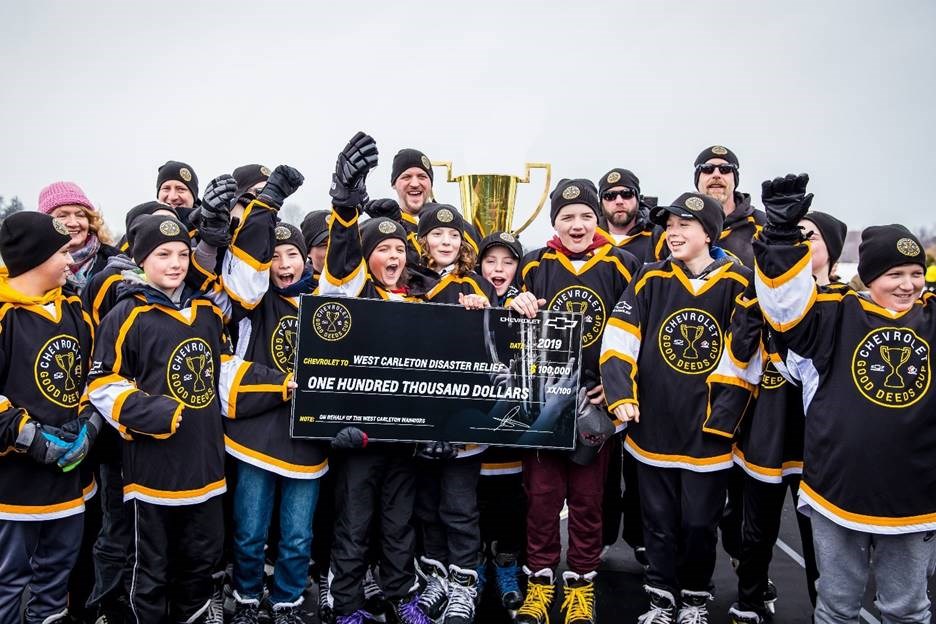 The West Carleton Warriors have won the Chevrolet Good Deeds Cup and its $100,000 grand prize.

They were announced as the winners in a surprise skate celebration on the Rideau Canal.

The Warriors topped finalists from Saint John, N.B., and Lanaudière, Que., to claim the cup.

The team is dedicating the prize to disaster relief in Dunrobin.

The prize money will all go to the West Carleton Disaster Relief organization and will be put toward tornado cleanup and recovery.

Dunrobin suffered some of the worst damage when a series of tornadoes descended on the capital region on Sept. 21.

One day after the tornado, the West Carleton Warriors spent the day at the Carp Fair, collecting donations for disaster relief. They raised more than $4,000.

The Warriors beat out 300 teams to reach the semifinals of the event.

The winner was selected by a panel of judges from Hockey Canada and Chevrolet Canada.

Ontario government defends back-to-school plan despite contradictions
Aug 4, 2020 4:11 PM
Comments
We welcome your feedback and encourage you to share your thoughts. We ask that you be respectful of others and their points of view, refrain from personal attacks and stay on topic. To learn about our commenting policies and how we moderate, please read our Community Guidelines.