The issues related to youth NEET have become a global concern, catching the attention of social scientists and policy-makers around the world.
Nov 5, 2019 3:45 PM By: Canadian Press 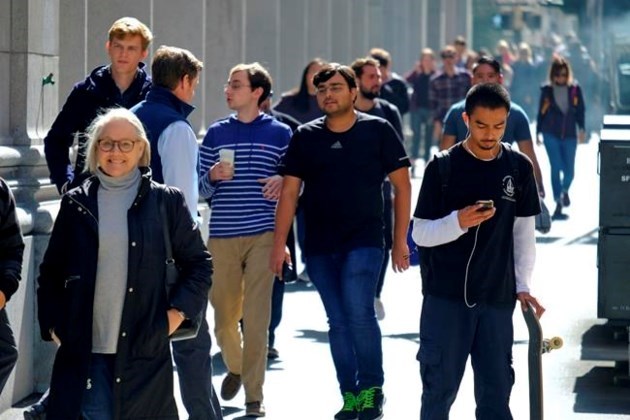 A new study is offering what it calls a rare look at the health and psychological impacts endured by Canadian youth who are not working, training or studying.

The Statistics Canada research said 11.1 per cent of youth, aged 18 to 29 years old, found themselves without work, studies or training opportunities, putting them at risk of persistent social and economic challenges. The results were based on surveys of 13,270 participants between 2015 and 2017.

The young people were more likely to have poorer mental and physical health, suicidal thoughts and lower levels of life satisfaction as a result, the report said.

The examination's focus was on Canadian youth who were "not in employment, education or training" — a classification also known by its acronym NEET.

The issues related to youth NEET have become a global concern, catching the attention of social scientists and policy-makers around the world.

"The NEET rate among Canadian youth has remained relatively stable at around 13 per cent for the past two decades, and youth NEET are considered to be at risk for a multitude of long-term economic and social difficulties," said the study, co-authored by Jordan Davidson and Rubab Arim.

"The results from this study allow for a critical examination of the diverse experiences of youth NEET and stimulate future research questions that can help to better understand NEET status among Canadian youth."

By some measures, the number of young Canadians defined as NEET has been estimated at close to 1 million. For example, a separate 2017 report on youth employment for the federal government said that 860,000 youth were in this category in 2015, representing 12.6 of Canada's youth population.

Young people classified as NEET may be at risk of becoming isolated, said the report by the federal government's expert panel on youth employment.

The Statistics Canada study, published last Friday, said most youth NEET research in Canada has focused on socio-demographic characteristics and the shift from studies to work. As a result, "relatively little is known about the psychological well-being" of Canadian youth NEET, the authors wrote.

The research sought to address this by laying out a psychological profile of youth NEET, based on data from Canadian Community Health Survey results.

In the study, youth NEET were divided into three sub-groups — 38 per cent of them reported they were looking for paid work, 27.5 per cent said they were caring for children and 34.5 per cent were categorized as "other."

The "other" group included people who reported their main activities as something like volunteering or household work. Some reported having a long-term illness or disability.

In most categories, the study found that the respondents who reported caring for children as their main activity had similar results to non-NEET youth. Those classified in the "other" category had consistently poorer characteristics, the research found.

Here are some of the Canadian findings:

One expert in the field called it good news that Statistics Canada is examining data for youth NEET that goes deeper than employment numbers.

Maria Eugenia Longo, a professor at the Institut National de la Recherche Scientifique, also said the situation for the young people found within this category is very heterogeneous.

"It allows us to know a little more about the situation of these people, like for example, their psycho-social situation or their food needs," said Longo, who was a member of the federal government's expert panel on youth employment.

"These are characteristics that we cannot observe in most reports on NEET."

Nearly 100 marijuana plants, shotgun seized by OPP west of Winchester
Sep 24, 2020 11:45 AM
Comments
We welcome your feedback and encourage you to share your thoughts. We ask that you be respectful of others and their points of view, refrain from personal attacks and stay on topic. To learn about our commenting policies and how we moderate, please read our Community Guidelines.