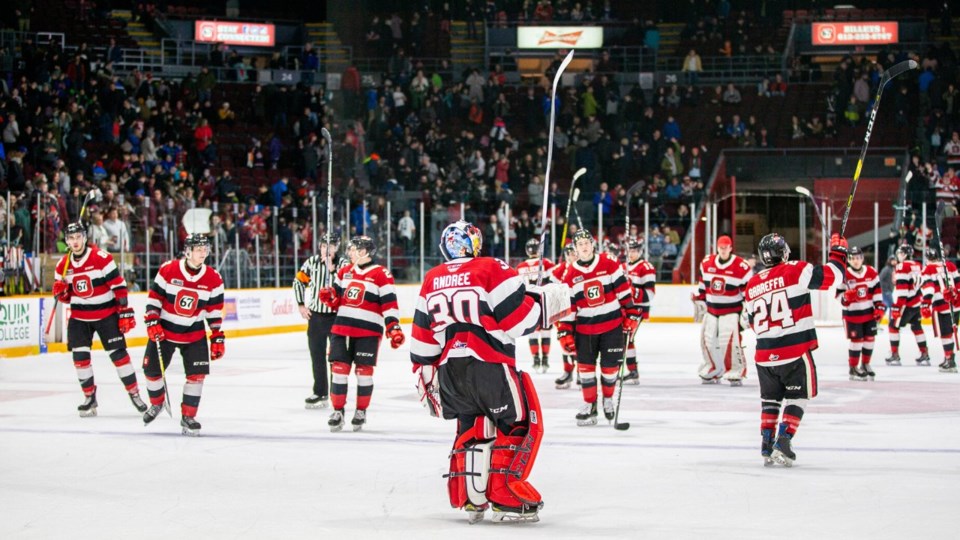 The award is handed out annually to the league's top scorer.

Rossi scored 39 goals and had 81 assists for a 120 points season in just 53 games, which was the highest total in all three of the Canadian Hockey League's major junior competitions before play was ended due to the COVID-19 pandemic.

The Austrian centre is the first player to reach 120 points in an OHL season since Alex DeBrincat in 2017.

It's the second OHL award in as many days for the 67's after Austen Keating was announced as overage player of the year on Wednesday.

Rossi totalled 68 goals and 117 assists for 185 points in 109 career OHL games, making him the highest scoring European in 67's history.

"I am extremely grateful to receive this recognition," Rossi, a top prospect for the upcoming 2020 NHL draft, said in a statement. "This award is truly a team award, and I want to thank the entire first-class 67’s organization for their support over the 2019-20 season."