Due to COVID-19, the team's first season consisted of a handful of games as part of the CEBL Summer Series held in St. Catharines.
Aug 19, 2020 4:07 PM By: Mike Vlasveld 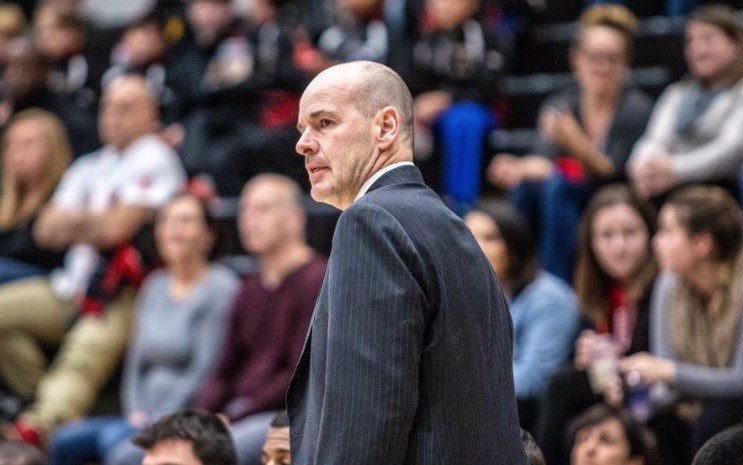 Decorated former Ravens coach and current director of basketball operations at Carleton University Dave Smart will not be returning as general manager of the Ottawa BlackJacks.

Smart also serves as a coaching consultant to the NHL’s Ottawa Senators and is active with several on-going community organizations.

"Based on all my responsibilities with family, my full-time job at Carleton, grassroots minor sport in the community, and my time with the Senators, I don’t have the available time to spend on being general manager of the BlackJacks at a level I would like to," explains the GM, whose contract expires on August 31.

Smart was selected by the Canadian Elite Basketball League to lead basketball operations for the expansion Ottawa franchise in December of 2019. The BlackJacks posted a 4-4 record and fourth-place finish in the recent CEBL Summer Series.

Before stepping down as head coach of the men’s basketball program at Carleton to oversee both the men’s and women’s programs in March of 2019, Smart had won 14 national championships with the Ravens men’s program and earned U Sports Coach of the Year honours 10 times.

"I would like to thank Dave for helping put the BlackJacks on the map in Ottawa, for his ability to attract top talent to the CEBL, and for his efforts and contributions to help grow our game," said CEBL Commissioner Mike Morreale. "Dave Smart is synonymous with basketball success in Canada. I wish him all the best in his increasingly busy career off the court."

The search for a new BlackJacks general manager will begin in the weeks ahead. The 2021 CEBL season is scheduled to begin in early May and run through mid-August.