Smith won two Memorial Cups as a coach in Windsor, won another one as a head coach in Oshawa, and then spent the last four seasons as an assistant coach with the Toronto Maple Leafs.
May 23, 2019 10:16 AM By: Mike Vlasveld 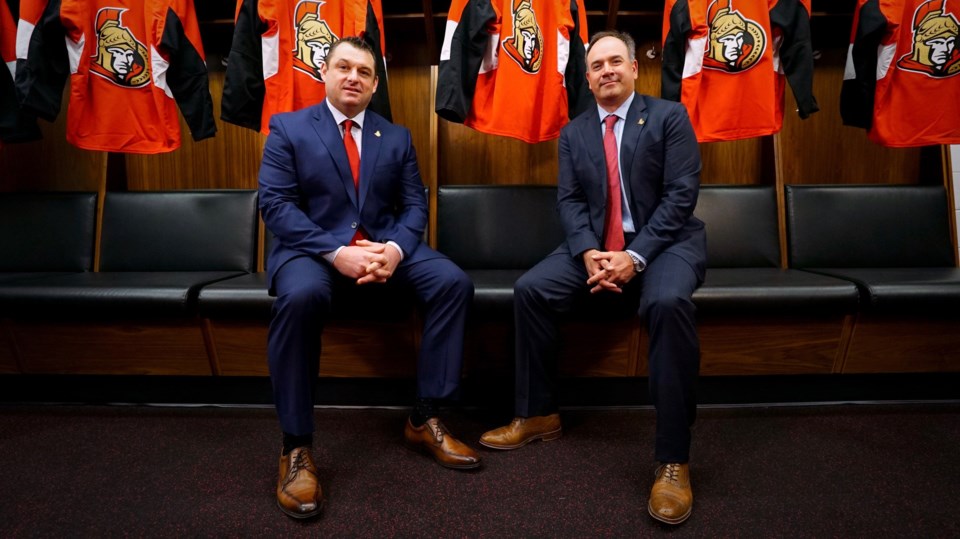 D.J. Smith is the 14th head coach in the history of the Ottawa Senators, after signing a three-year contract with the club.

The 42-year-old has spent the last four seasons as an assistant coach with the Toronto Maple Leafs. He joined Toronto in 2015-16 after leading the Ontario Hockey League's Oshawa Generals to the 2015 Memorial Cup title.

Before his time in Oshawa, Smith spent six seasons as an assistant coach with the Windsor Spitfires. During his tenure in Windsor, the Spitfires captured back-to-back Memorial Cup championships in 2009 and 2010.

"D.J. Smith is a winner. We believe he is the best person to drive the development and success of the Ottawa Senators," said General Manager Pierre Dorion. "D.J is a great communicator and an exceptional strategist. His passionate approach, coupled with his ability to teach the game, is exactly what we were looking for throughout the process. We're thrilled to welcome D.J. and his family to Ottawa."

"I'm absolutely excited for the opportunity to guide this young team."

Smith has also played hockey professionally, appearing in 45 career NHL games as a defenceman with both the Maple Leafs and Colorado Avalanche after being selected with the 41st overall pick by the New York Islanders in the 1995 NHL Draft. He also spent parts of nine seasons playing in the AHL with the St. John's Maple Leafs and the Hershey Bears. A native of Windsor, Ontario, Smith played his junior hockey with his hometown Spitfires from 1994-97.

Other people rumoured to have been in the running for Ottawa's head coaching vacancy included Patrick Roy and Jacques Martin.