Although Nick Arbuckle's contract is only two years long, he's excited to move his family to the city and wants to set down roots.
Feb 7, 2020 12:39 PM By: Mike Vlasveld 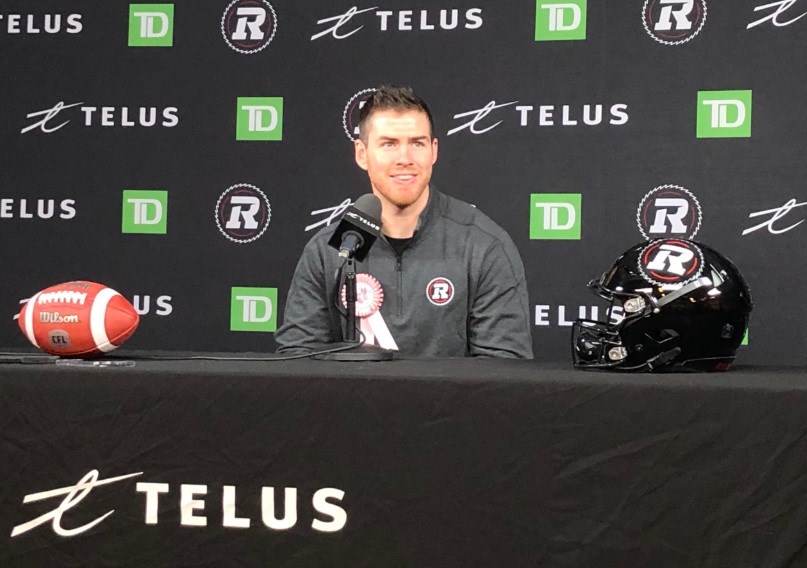 The Ottawa Redblacks have a new starting quarterback who says he's committed to winning and is looking to stay in the city, long-term.

Nick Arbuckle was traded to the Redblacks from Calgary early in January for a third-round CFL draft pick and another conditional pick. He signed a two-year contract with Ottawa on January 31.

Arbuckle and his wife are expecting their first child this year after getting married last March. He's still house hunting in the capital region, looking for a property in "quieter areas," maybe a half-hour from TD Place.

Aside from family priorities, Arbuckle is also looking forward to getting to know his new football family.

There are a few familiar faces in Ottawa's lockerroom from his days in Calgary, but said he's also spent some time following new teammates on Instagram and Twitter.

Arbuckle said Redblack's quarterback Dominique Davis reached out to him already, and he's looking forward to working with him as he's a fan of the way Davis plays the game.

The former Stampeder added that he's not looking to come into Ottawa and change the way the team operates to suit him, he's just hoping to integrate into the family atmosphere of the team and add some leadership to the room.

The new QB says his training regime started the day after last year's Grey Cup. He's focused on having a good training camp and winning his first game of the season.

And in the meantime, hopefully he'll have found a good home.