Commissioner Randy Ambrosie testified before an Ontario committee on finance on June 18 regarding the impact the COVID-19 pandemic has had on the CFL.
Jul 2, 2020 8:51 PM By: Canadian Press 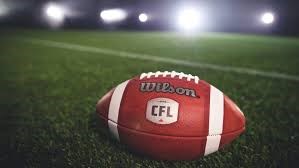 Ontario Sport Minister Lisa MacLeod continues to speak with Ottawa and her provincial counterparts about how to help the CFL, but says there's been no talk of the two tiers of government combining to provide league-specific financial assistance.

Commissioner Randy Ambrosie testified before an Ontario committee on finance on June 18 regarding the impact the COVID-19 pandemic has had on the CFL. He reiterated while the earliest an abbreviated 2020 season would begin is September, a cancelled campaign also remains possible.

Ambrosie asked the federal government for up to $150 million in financial assistance in late April. His three-tiered proposal included $30 million immediately, more for an abbreviated season and up to another $120 million if no football was played.

"We're all trying to see how we can support them," MacLeod said in a telephone interview. "That said, my mandate is very clear in supporting amateur and minor sports, it's not to fund professional sports so any conversation with regards to that I'd have to look at it."

MacLeod is responsible for the sport file in the province with the most CFL teams — Ontario's Hamilton Tiger-Cats, Toronto Argonauts and Ottawa Redblacks make up a third of the league.

"I've not seen that (joint provincial-federal government CFL funding plan)," MacLeod said. "But I will say we've met with the federal and provincial sport ministers, in particular just the sport ministers who have CFL teams, and those conversations are ongoing."

While the league continues to talk with government, Ambrosie told The Canadian Press back in May he wasn't banking on league-specific funding from Ottawa and had instead been pointed towards programs it had created as a result of the pandemic.

But a government source said the CFL continues to ask for funding from government. Last month during a meeting with federal and provincial sport ministers, the source said Ambrosie requested the same league-specific funding plan he'd asked for while addressing a federal finance committee in May.

The source added Ambrosie also didn't provide federal and provincial officials a specific resumption-of-play plan and hadn't contacted the CFL Players' Association at that time. The league and its players have since started talking about amending the current CBA to allow for an abbreviated season.

According to the source, another stream of funding the CFL was asked to apply to was from the Business Development Bank of Canada (BDC). While it's a federal agency, the BDC is also a crown corporation, meaning Ottawa can't mandate it provide financial assistance for the CFL.

The BDC is essentially a bank that has lending criteria. Trouble is, the CFL might not qualify as a solid applicant given its financial state.

When Ambrosie divulged the CFL's request of the federal government in April, he stated the league's desire to be accountable to taxpayers. He suggested it would repay a portion of the assistance through "community programs, tourism promotion, the Grey Cup, our digital channels."

The source spoke on condition of anonymity because there's been no revelation of the alternate funding streams requested of the CFL by the federal government.

"Our discussions with government continue as they have for some time," a CFL spokesman said Thursday.

"Canadians want the CFL to survive, the league's greatest asset is its fans," he said. "As fans we've walked this road many times and somehow managed to make it out the other side.

"I'm confident we can find a way to do so again."

All nine CFL teams face mounting financial losses due to the outbreak. Ambrosie has stated the league collectively lost upwards of $20 million in 2019 and this off-season the Winnipeg Blue Bombers and Saskatchewan Roughriders — community-owned clubs that posted seven-figure profits in 2018 — both announced they lost money last year.

Winnipeg president Wade Miller and Saskatchewan CEO Craig Reynolds have both stated their clubs stand to lose $10 million apiece this season with no football.

But MacLeod said many other Ontario sectors are also suffering and in need of government help.

"There are many competing interests," she said. "I just want to be very realistic and manage peoples' expectations when it comes to the financial resources of the province of Ontario.

"I believe we really need to direct this to the public health and long-term care crisis and I believe there are so many sectors that require targeted investments in order to get back up and running.

Earlier this week, MacLeod revealed that in the CFL's discussions with the province the league discussed Hamilton and Burlington, Ont. as potential hub cities. But MacLeod, who represents the riding of Nepean and is a Redblacks supporter, feels all three Ontario franchises could serve as a hub.

"Our discussions continue to evolve," she said. "Obviously, any of our three major cities that host our three CFL teams, I think, would be equipped to deal with that."

MacLeod feels establishing return-to-play protocols is where the Ontario government can best help the CFL.

"We've been successful in implementing that with the (opening) of training facilities for a number of professional sports as well as our high-performance athletes with the Canadian Olympic team," she said. "I think we have a special expertise here in the country to do that and so I'm happy to lend that support to my colleagues as well as the federal government as we develop that and work with our command table, with the health ministry."

MacLeod said she has empathy for the CFL and remains committed to helping it remain viable.

"We all recognize the CFL has a special place in Canadians' hearts," she said. "One of the wonderful things the CFL does is drive tourism and so it's really the total package, particularly when it comes to the Grey Cup.

"I think its really important for them to survive. For Ontario, obviously we'd love to see the Grey Cup here in 2021 (in Hamilton) and we want to make sure we can support them the best way we possibly can . . . but we must be very realistic at the same time."