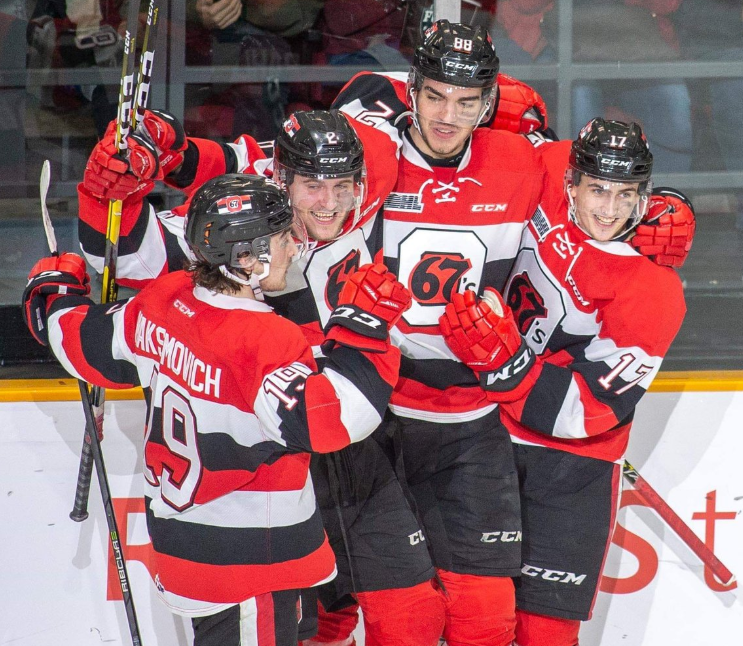 A hat trick from Jack Quinn has helped the Ottawa 67's set a new franchise record for consecutive wins.

The Frontenacs made it a game on several occasions, cutting Ottawa's lead to 2-1 in the first period and 5-4 in the third, but two late goals from Quinn and another from Austen Keating put the contest out of reach.

Keating's second goal of the game was his 100th career tally.

The 67's will look to extend their record win streak to 16 on Sunday, when they host the Erie Otters at 2 p.m. The Otters have just 14 wins on the season.