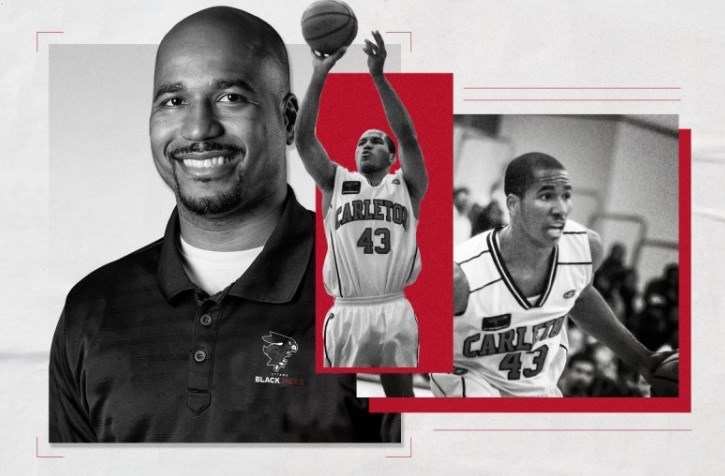 The hire is a reunion for Jeanty with his former coach and current BlackJacks General Manager Dave Smart.

"I am honoured to accept the position of head coach for the first expansion franchise of the [Canadian Elite Basketball League (CEBL)]," said Jeanty. "I am committed to putting in all the work necessary to make 2020 an historical inaugural season and bring excitement to our amazing fans, while growing the game of basketball in our community. What the CEBL has accomplished so far is impressive, and I can’t wait to put together a roster who will compete in the league and inspire future generations of basketball stars."

Born in Bel Rivière, Haiti, the coach immigrated with his family to Canada at the age of six, speaking only Creole. He grew up in the east end of Ottawa, where French quickly became his second language.

Jeanty attended Samuel-Genest High School in Ottawa, where he would win the city's basketball championship on two occasions. He also won a Midget Developmental Program championship, played with the Under-19 Ontario provincial team and was selected to attend the invitation-only Nike All-Canada Basketball Camp.

In the post-secondary portion of his basketball career, Jeanty became the only athlete in the history of Carleton University to have captured five national championships in a team sport, and the fourth player in Canadian university history to win five U SPORTS team titles.

Jeanty also played on the Canadian national men’s basketball team during the summers of 2006 and 2007.

He averaged 10.7 points, 2.2 rebounds and 1.5 assists in six years of professional basketball. During his rookie season, he led the Nordlingen Giants to a ProA Championship in Germany.

Following his playing career, Jeanty turned to coaching. He served as head coach of Cégep de l’Outaouais basketball team between 2014 and 2016. He returned to his alma mater to serve as an assistant coach with the Carleton Ravens for three seasons (2016-19), helping the team to two more national championships and a pair of OUA titles.

During Jeanty’s coaching time with the Ravens, the team lost only one league game and earned a 119-7 overall mark. Throughout his eight years as a player or coach with Carleton, Jeanty finished with a .960 (168-7) regular season league record.

Jeanty, 36, and his wife Kyla have two children, Cristian and Annalise.

The BlackJacks tip off their inaugural season on May 7, when they travel to St. Catharines for a date against the Niagara River Lions. The first home game is scheduled for May 14 at the Arena at TD Place against the Hamilton Honey Badgers.

All 20 regular season BlackJacks games will be streamed live on CBC Gem, CEBL TV and the Island Sports Network. Ottawa will also be part of a nationally televised broadcast as part of the CBC Game of the Week when the BlackJacks travel to Hamilton on May 30.