Ottawa getting pro soccer back, this time in Canadian Premier League 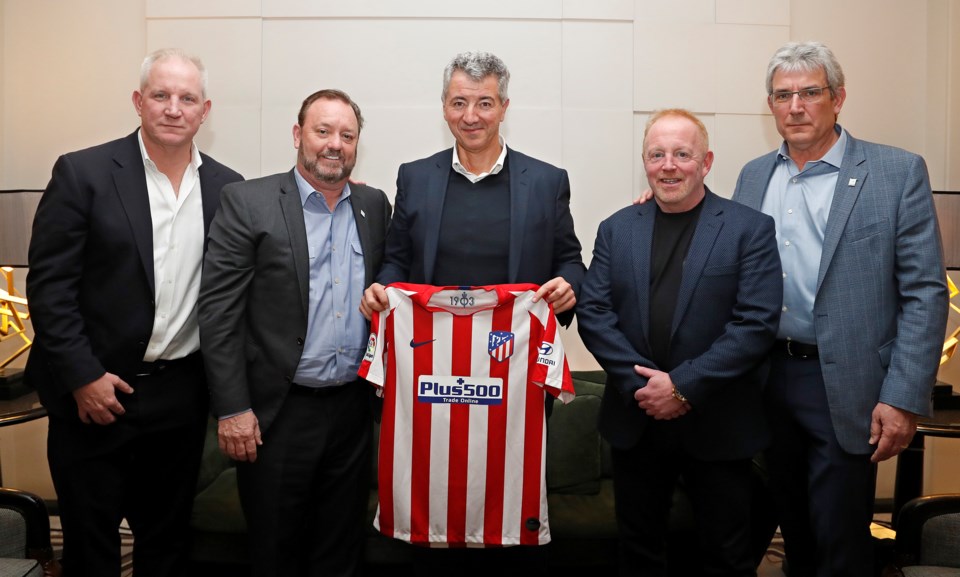 The Canadian Premier League (CPL) says Ottawa will be home to its first ever expansion franchise.

In an announcement Wednesday, the league said the Ottawa team is expected to start play this April at TD Place and that the expansion bid was led by Club Atlético de Madrid -- one of the most prominent brands in the global soccer market.

"We are thrilled to welcome Ottawa as the Canadian Premier League’s eighth club and Club Atlético de Madrid as our newest owners of the Ottawa club," said Commissioner David Clanachan. "We are very excited to launch the club with one of the world’s most iconic and successful soccer brands and look forward to them taking to the pitch for the 2020 CPL season."

"We are delighted to be part of such an exciting project in an amazing country" said Marín. "We would like to bring our expertise to a very strong and structured league and will work together with the CPL and the rest of the clubs to contribute to the growth of Canadian soccer. We want Ottawa soccer fans to be able to feel proud of belonging to the Atlético de Madrid family so we can start sharing our values with them."

The CPL says owner of the Ottawa Redblacks and Ottawa 67’s Jeff Hunt is being brought on as a strategical partner.

Hunt, along with Club Atlético de Madrid’s ownership and CPL Commissioner David Clanachan, will be in Ottawa to officially unveil the club at TD Place on February 12.

In November of 2019, Ottawa Fury FC was unable to get the required sanctioning from governing soccer bodies to participate in the United Soccer League (USL) Championship in 2020.

Ottawa Fury FC was founded in 2014 as an NASL expansion club. In 2015, the team won the NASL Fall Season title and advanced to the League final against the New York Cosmos, dropping a hard-fought 3-2 decision. In 2017, Fury FC moved to the United Soccer League and this past season, hosted its first USL Championship playoff match.

'I believe we were purposely run out of time:' Ottawa Fury FC forced to suspend operations
Nov 8, 2019 10:58 AM
Comments
We welcome your feedback and encourage you to share your thoughts. We ask that you be respectful of others and their points of view, refrain from personal attacks and stay on topic. To learn about our commenting policies and how we moderate, please read our Community Guidelines.