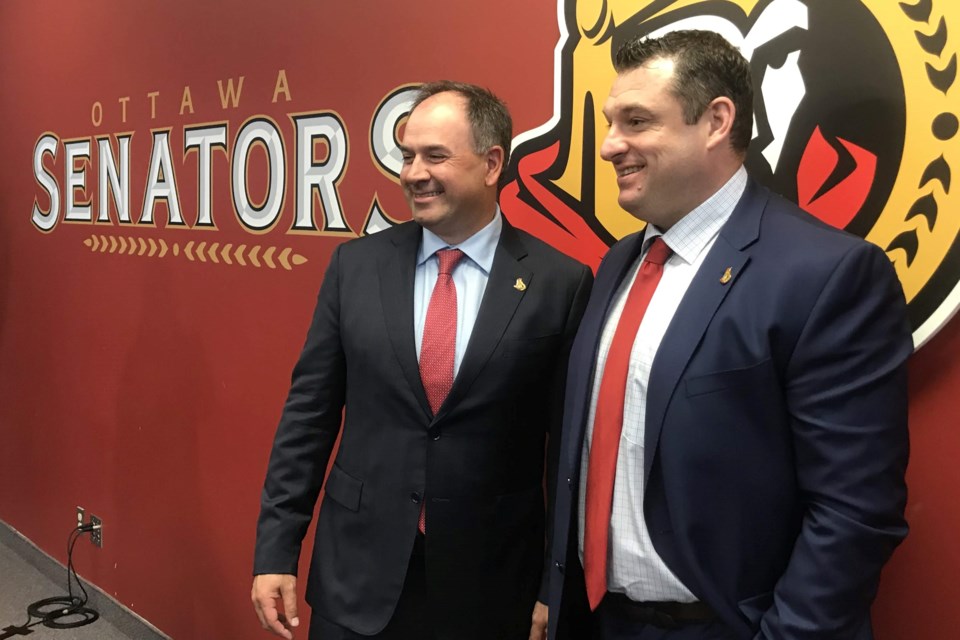 A former pro player-turned-coach, who will lead the Senators next season, pledges harder, faster hockey and says he's ready for the opportunity to coach an NHL team.

D.J. Smith was named head coach of the Senators, on May 23. He comes to Ottawa after serving as assistant coach for the Toronto Maple Leafs, but insists he has fully converted to the Sens.

"A grew up a Red Wings fan; I'm from Windsor," said Smith. "So it's not as hard as one would think."

Smith said he's already been going through footage of games and analyzing what the Senators have and have not been doing on the ice. He pledges to work the players hard, both in practice and in games.

"If you're going to come and pay your money to watch our team, we're going to give you everything we have," Smith told Ottawa Today with Mark Sutcliffe on 1310 NEWS. "You're going to leave and say, 'There is some hope this team is going in the right direction,' I have no doubt about that."

Smith takes the head coaching job at a time when the Senators roster is filled with younger players.

Smith coached the Oshawa Generals when they won the Memorial Cup in 2015, and says he's helped a lot of younger players get better at their game.